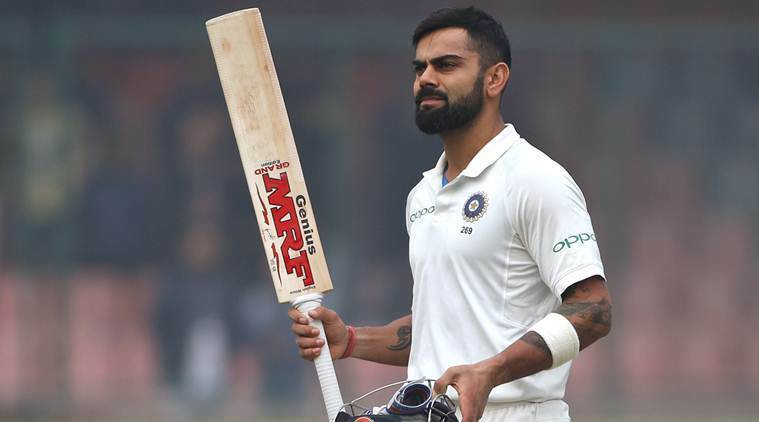 India's captain Virat Kohli walks back to pavilion after being dismissed during the second day of a third test cricket match against Sri Lanka in New Delhi, India, Sunday, Dec. 3, 2017. (AP Photo/Altaf Qadri)

The crisis in Indian cricket deepened on Saturday when Virat Kohli stepped down from Test captaincy a day after India lost the test series to South Africa 1-2.

“It’s been 7 years of hard work, toil, and relentless perseverance every day to take the team in the right direction. I’ve done the job with absolute honesty and left nothing out there. Everything has to come to a halt at some stage and for me as Test Captain of India, it’s now. There have been many ups and also some downs along the journey, but never has there been a lack of effort or lack of belief. I have always believed in giving my 120 percent in everything I do, and if I can’t do that, I know it’s not the right thing to do. I have absolute clarity in my heart and I cannot be dishonest to my team,” Kohli said on social media on Saturday evening.

Kohli, who took over the reins of the Test side in late 2014, led India to several series wins on both home and away tours.

He is India’s most successful skipper in the format. Kohli led India in 68 Tests with 40 wins, 17 losses, and 11 defeats.