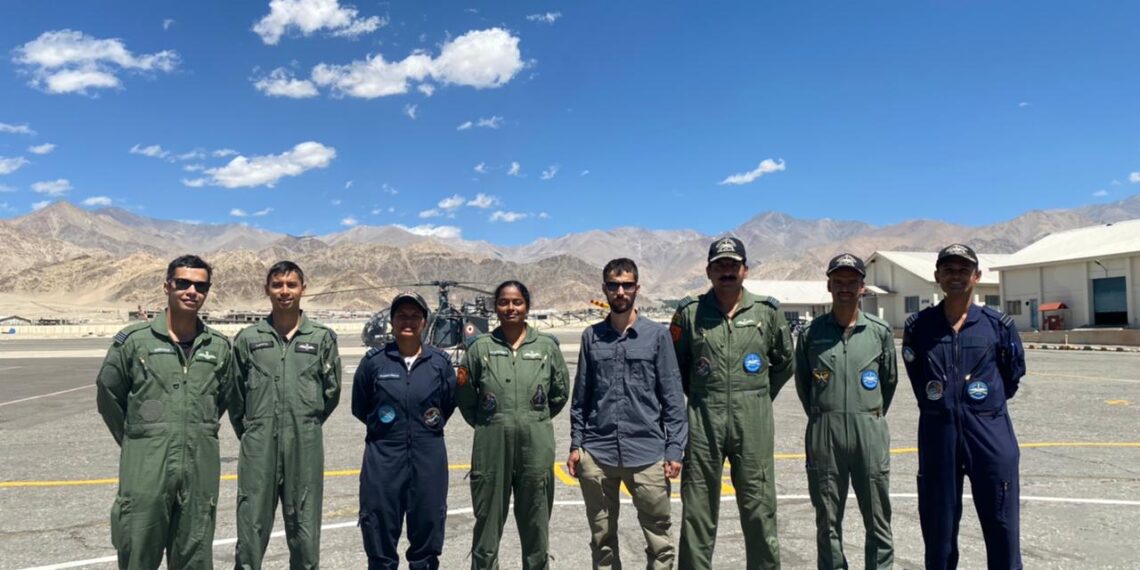 Atar Kahana, an Israeli national, was suffering from high altitude sickness, including vomiting and low oxygen saturation. Two teams immediately were mobilized to rescue the tourist.

Following the Shortest Route, the aircraft reached the spot within 20 minutes of flying time and spotted the casualty on the Gongmaru La pass at an elevation of 16800 feet.

The first aircrew carried out a thorough recce and landed at the pass with the assistance of the second crew. Despite the turbulent weather conditions, the rescue team picked up the casualty from the pass.

The casualty was recovered expeditiously within the limited time of 1 hour at Air Force Station Leh.