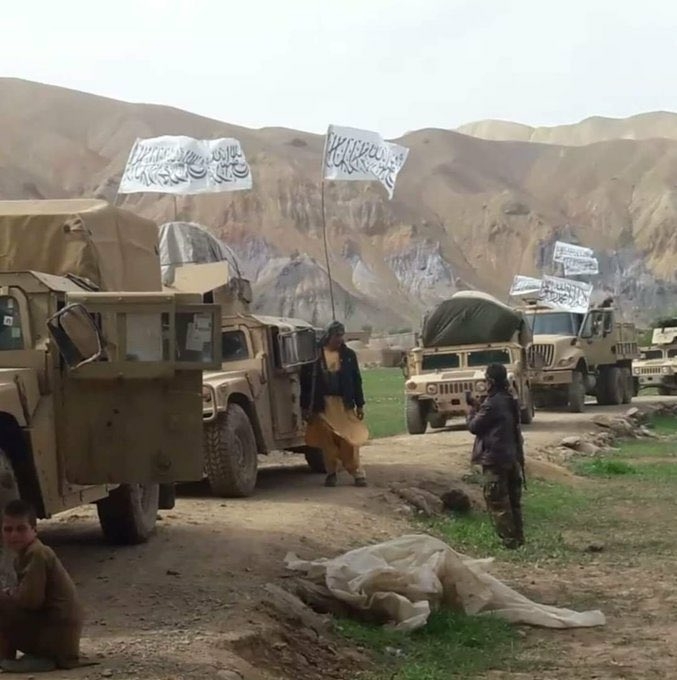 Twelve nations, including the US, India and China, along with representatives of the UN and EU have decided that they would not recognise any government in Afghanistan that seeks to take control through the barrel of a gun, the State Department has said, amid the continued Taliban offensive across the war-torn country.

Representatives from the United States and Qatar, the UN, China, Uzbekistan, Pakistan, the UK, the EU, Germany, India, Norway, Tajikistan, Turkey and Turkmenistan joined a regional conclave on Thursday to discuss ways to contain the escalating security situation in Afghanistan.

The conclave was hosted by Qatar. The participants “agreed, first and foremost, that the peace process needs to be accelerated. And they also agreed, importantly, that they will not recognise any government that is imposed through military force,” State Department Spokesperson Ned Price told reporters on Thursday.

His remarks came as the Taliban advanced across Afghanistan and took control over key provincial capitals. Reports say that the militant group has captured Herat and Kandahar, the country’s second and third largest cities after Kabul, and a strategic provincial capital on Thursday.

It comes just weeks before the end of the American military mission in Afghanistan. The US Embassy in Afghanistan issued a security alert Thursday, urging Americans to leave Afghanistan immediately using available commercial flight options.

“So this is not just the United States making this point. This is not just the United States speaking with our voice. This is the international community, as you see represented in the consensus that has emerged today,” Prince said. He said the consensus is on “this very simple point: any force that seeks to take control of Afghanistan with the barrel of a gun, through the barrel of a gun, will not be recognised, will not have legitimacy, will not accrue the international assistance that any such government would likely need to achieve any semblance of durability.”

Price said the international community came together to speak with one voice on this point over the course of weeks and months. “I’ve spoken just recently about the UN Security Council statement that emanated last week, where the members of the Security Council recalled Resolution 2513, reaffirmed that there is no military solution to the conflict, and declared they do not support the restoration of an Islamic emirate,” Price said.

J P Singh, the Joint Secretary in the Pakistan-Afghanistan-Iran division in the Ministry of External Affairs (MEA), represented India at the meeting in Doha, officials said in New Delhi. India on Thursday said the situation in Afghanistan is of concern and that it continues to hope for a comprehensive ceasefire to end violence in that country.