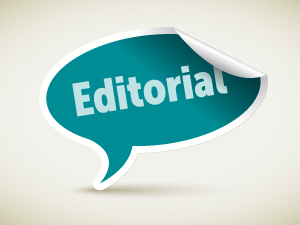 An important pact was signed by India and United States India on Tuesday to share sensitive satellite and map data even as US Secretary of State Mike Pompeo warned of the threat posed by an increasingly assertive China. Pompeo, who along with Defence Secretary Mark Esper was in New Delhi for a high level dialogue with India’s defence and foreign affairs ministers said after talks that the two countries had to work together to confront the threat China posed to security and freedom. The two sides signed the landmark defence pact, BECA, that will allow sharing of high-end military technology, geospatial maps and classified satellite data between their militaries, and vowed to ramp up their security ties and boost strategic cooperation in the Indo-Pacific. During the talks, the US side also assured India that America stands with it as they confront threats to their sovereignty and liberty. Addressing a joint media event along with Jaishankar, Pompeo and Esper, Defence Minister Rajnath Singh said the two sides held comprehensive discussion on range of key issues, and dubbed the inking of BECA with the US is a “significant move”. “Our military-to-military cooperation with the US is moving forward very well,” he said, adding that projects for joint development of defence equipment have been identified. “We reaffirmed our commitment to peace and security in Indo-Pacific region,” Singh said. “Our leaders, and our citizens, see with increasing clarity that the Chinese Communist Party is no friend to democracy, the rule of law, transparency, nor to freedom of navigation, the foundation of a free and open, prosperous Indo-Pacific… The US will stand with people of India as they confront threats to their sovereignty and to their liberty,” Pompeo said.

The high level US visit comes at a time when India and China are locked in a serious military conflict along the Line of Actual Control (LAC) in Eastern Ladakh. The timing of the secretaries’ visit also holds significance as America is going into the presidential election next week on 3 November.

India-U.S. bilateral relations have developed into a “global strategic partnership”, based on shared democratic values and increasing convergence of interests on bilateral, regional and global issues. The emphasis placed by India on development and good governance has created opportunity to reinvigorate bilateral ties and enhance cooperation. Regular exchange of high-level political visits has provided sustained momentum to bilateral cooperation, while the wide-ranging and ever-expanding dialogue architecture has established a long-term framework for India-U.S. engagement. Today, the India-U.S. bilateral cooperation is broad-based and multi-sectoral, covering trade and investment, defence and security, education, science and technology, cyber security, high-technology, civil nuclear energy, space technology and applications, clean energy, environment, agriculture and health. Vibrant people-to-people interaction and support across the political spectrum in both countries nurture the bilateral relationship.

The frequency of high-level visits and exchanges between India and the U.S. has gone up significantly of late. Prime Minister Modi visited the U.S. on 26-30 September 2014; he held meetings with President Obama, members of the U.S. Congress and political leaders, including from various States and cities in the U.S., and interacted with members of President Obama’s Cabinet. He also reached out to the captains of the U.S. commerce and industry, the American civil society and think tanks, and the Indian-American community. A Vision Statement and a Joint Statement were issued during the visit.

The visit was followed by President Obama’s visit to India on 25-27 January 2015 as the Chief Guest at India’s Republic Day. During the visit, the two sides issued a Delhi Declaration of Friendship and adopted a Joint Strategic Vision for Asia-Pacific and the Indian Ocean Region. Both sides elevated the Strategic Dialogue between their Foreign Ministers to Strategic and Commercial Dialogue of Foreign and Commerce Ministers. Modi again visited the U.S. on 23-28 September 2015, during which he held a bilateral meeting with President Obama, interacted with leaders of business, media, academia, the provincial leaders and the Indian community, including during his travel to the Silicon Valley.