India is staring at a devastating third COVID wave as Omicron cases have crossed 100 in 11 states. 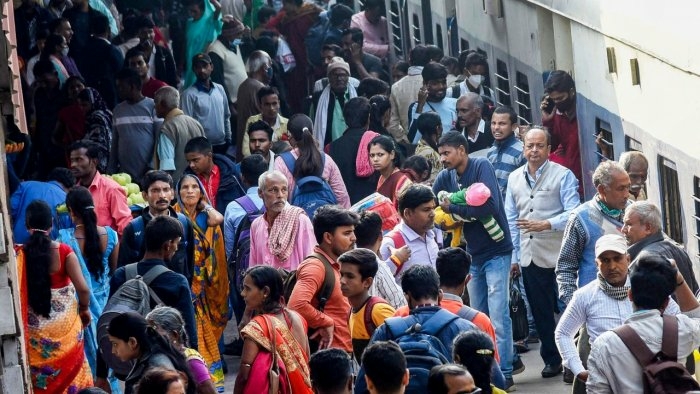 Union Health Ministry has warned that 19 districts were at high risk of a surge in COVID-19 cases. The ministry said based on the progression of the strain in the UK (which already has over 11,000 Omicron cases), India could see a devastating 14 lakh cases daily.

Faced with the threat of a third wave of infections, the ministry underlined the need to follow Covid-appropriate behavior including the use of face masks and maintaining social distance. The ministry also urged people to avoid non-essential travel and stay away from large crowds and gatherings.

Renewed warnings of the dangers posed by Omicron come as 10 new cases were reported from Delhi on Friday. The city has now 22 confirmed Omicron cases.

The 10 new cases were reported after a worrying spike in overall Covid cases in the city over the previous 24 hours – 85 were detected – up from 57 on Thursday and 45 on Wednesday.

Maharashtra – worst hit by earlier waves of infections – has so far recorded the most Omicron cases – 40. Rajasthan is next with 17, and Karnataka and Telangana have reported eight each. Gujarat, Kerala, Tamil Nadu, Bengal, and Andhra Pradesh have also reported cases of the new variant.

At least two of the Omicron cases reported from Maharashtra were young children – a three-year-old boy and an 18-month-old girl.

The government has already urged states to step up surveillance measures and focus on sequencing positive samples in an effort to identify cases and potential hotspots.

New travel rules were enforced starting December 1, requiring foreign arrivals from countries deemed ‘at risk’ to submit to RT-PCR tests and, in some cases, mandatory quarantine.

“Most cases of Omicron have a travel history or have contacts with travel histories. But there have been some cases in which we have not been able to establish any such history. The process is on to identify travel or contact histories…” Dr. VK Paul, India’s Covid task force chief, said.

Since then, it has been reported from 77 countries, including the US, Israel, Hong Kong, and Japan, and the World Health Organization (WHO) estimates the variant is “probably” in most countries.

The first cases in India were reported by Karnataka on December 2.

Initial studies indicate Omicron is significantly more infectious than the Delta variant that wrought havoc in India and the world, but it does lead to less severe symptoms. The jury is still out on the variant’s vaccine-evasion ability, but medical experts have urged people to ensure they are double-vaccinated and called on governments to offer booster doses.

Srinagar records coldest night: Check out the temperature in your city