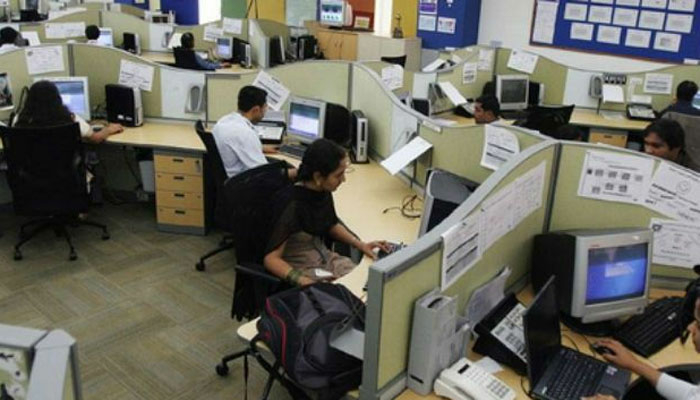 However, a “bright spot” was that business sentiment was the strongest since January 2015, rooted in expectations of improvements in demand conditions in the year ahead.

The seasonally adjusted Nikkei India Services Business Activity Index fell to 49.6 in May from 51.4 in April, indicating a marginal contraction in business activity, following a two-month period of growth.

The index had last slipped below the 50-point mark, that separates expansion from contraction, in February.

“The performance of the service sector was disappointing in May, as output dipped into contraction for the first time in three months,” said Aashna Dodhia, Economist at IHS Markit, and author of the report.

As per the survey, competitive demand conditions and a broad stagnation in new orders were the key factors behind a decline in output across the service sector in May.

“India saw the slowest improvement in the health of the overall economy since February in May, whilst the latest survey showed the effects of higher global oil prices as the private sector recorded the most marked input cost inflation for three months,” Dodhia added.

On the employment front, the slowdown in service activity fed into the labour market, as jobs growth moderated from April’s seven-year high.

The headline seasonally adjusted Nikkei India Composite PMI Output Index — that maps both the manufacturing and the services sector — fell from 51.9 in April to 50.4 in May.

Meanwhile, speculation is rife that the RBI’s Monetary Policy Committee (MPC) may hike the key interest rate for the first time in over four years on account of firming prices of crude oil and high inflation.

The policy review meeting of the six-member MPC, headed by Reserve Bank of India (RBI) Governor Urjit Patel, is currently underway. The policy decision will be announced on Wednesday afternoon.

In its first bi-monthly monetary policy for 2018-19 in April, the RBI had left the repo rate unchanged at 6 percent. The MPC maintained status quo for the fourth consecutive time since August last year.