India ready to produce over 5bn Covid vaccines next year: Modi at G20 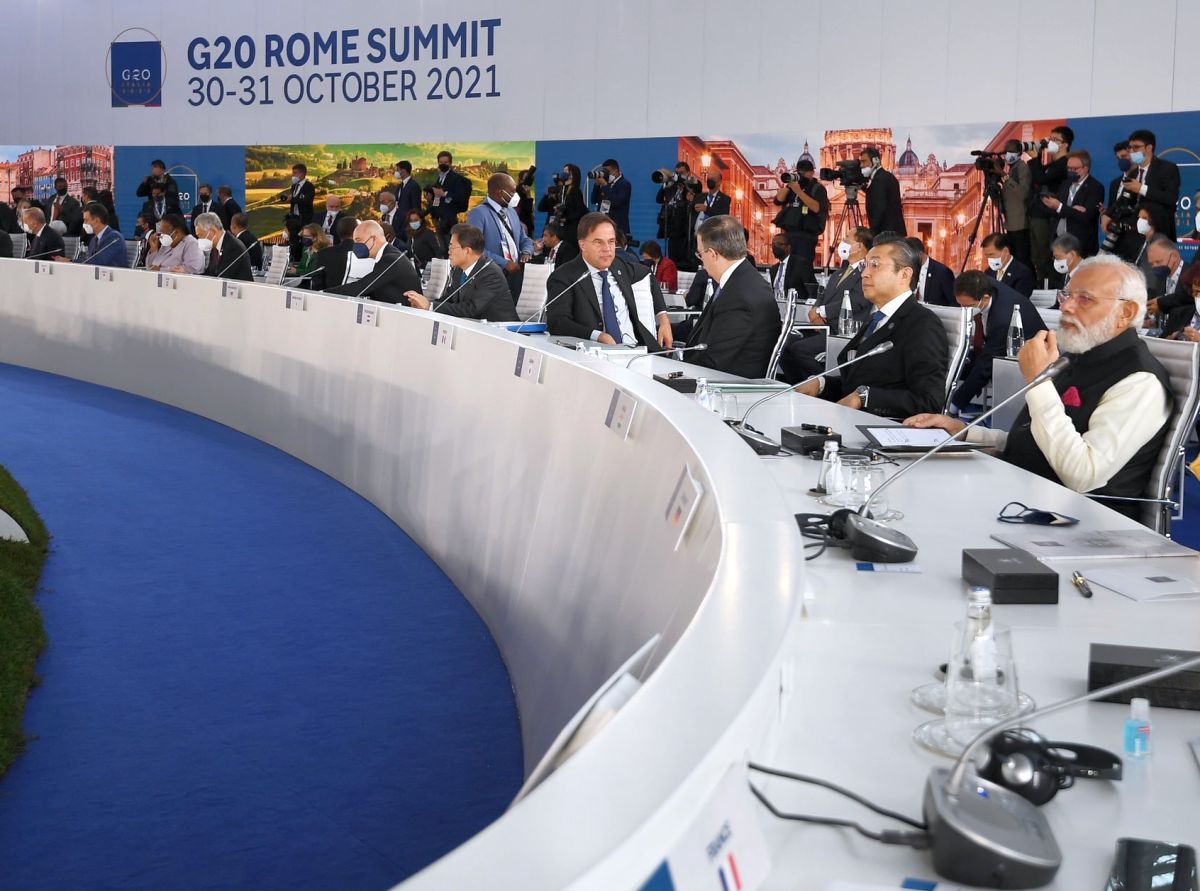 India is ready to produce over 5 billion Covid vaccine doses next year to help the world in the fight against the pandemic, Prime Minister Narendra Modi said at a G-20 Summit session in Rome on Saturday and asserted that it was necessary that the WHO approves Indian vaccines at the earliest.

The prime minister in his intervention at the session on “global economy and global health” also flagged the issue of facilitating international travel and talked about the mechanism of mutual recognition of vaccine certification as a means of achieving this, according to the text of his intervention shared by his office.

Prime Minister Modi expressed satisfaction over the G20’s decision to come up with a 15 per minimum corporate tax to make the global financial architecture more “just and fair”, Foreign Secretary Harsh Vardhan Shringla said, briefing reporters on Modi’s engagements here. The decision is aimed at ensuring that companies pay a certain amount of tax in countries they are located in, Shringla said.

“It is pertinent to mention that it was in 2014 that the prime minister had first proposed the idea of a minimum corporate tax in order to prevent to some extent evasion of taxes,” Shringla said. “Today, from this G-20 platform, I want to tell you all that India is ready to produce more than 5 billion vaccine doses for the world next year,” Modi said. This commitment of India will go a long way in preventing the spread of coronavirus infection, he said.

“Therefore, it is necessary that Indian vaccines are approved by the WHO at the earliest,” he asserted. A technical advisory group of the UN health agency will meet on November 3 to conduct a final “risk-benefit assessment” for Emergency Use Listing of Covaxin. Bharat Biotech’s Covaxin and AstraZeneca and Oxford University’s Covishield are the two widely used vaccines in India. Sringla said the prime minister conveyed that India has not only administered one billion doses but more importantly “we are ready to produce over 5 billion vaccine doses by the end of next year”, Shringla said.

“This obviously will be available not only for our citizens but the rest of the world and that this is our own contribution to reducing…vaccine inequities, especially in the developing world,” he said. Prime Minister Modi also emphasised on vaccine research and manufacturing. He also highlighted India’s medical supply to over 150 countries and contribution in maintaining the global supply chain during the pandemic. Stressing on the need for resilient global supply chains, Prime Minister Modi spoke about India’s bold economic reforms and invited G20 nations to make India their partner in economic recovery and supply chain diversification.

He also spoke about “One Earth, One Health” vision in the context of fighting the pandemic and future global health issues, Shringla said. The prime minister spoke about “our vision of ‘One Earth, One Health'” which is essentially the need for a collaborative approach in the international domain in the fight against the coronavirus pandemic, he said.

“I am talking about collaboration in research and development, collaboration across the board in developing mechanisms that can cope with future pandemics and future global health issues,” Shringla said. The concept of ‘One Earth, One Health’ is something that was enunciated by the prime minister and was well received by G20 leaders because this is something that is very important to the international community as “we are looking at comprehensive global solutions” that can address issues and problems such as inequities and problems that developing countries face, he said.

Prime Minister Modi also brought out the fact that despite challenges, India continued to be a trusted partner in the context of reliable supply chains during the pandemic. Answering a question on the corporate tax decision, he said Prime Minister Modi had spoken about it in the 2014 G20 summit.

“He first mentioned the concept in 2014 G20 summit. Today there is satisfaction over the fact the G20 has adopted this. This has become a global norm. This is a very important step in ensuring a more rationalised global tax structure and better cooperation in the international domain when it comes to issues like tax evasion, money laundering, and corruption.”