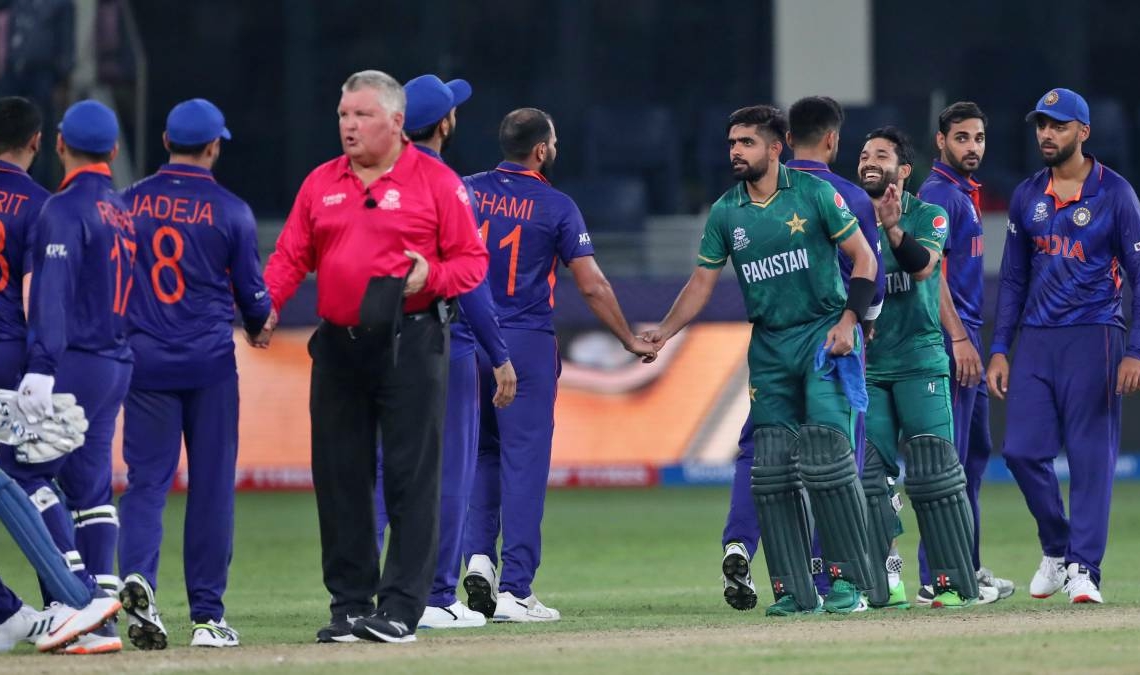 Indian, in blue, and Pakistan's cricketers greet each other at the end of the Cricket Twenty20 World Cup match between India and Pakistan in Dubai, UAE, Sunday, Oct. 24, 2021. (AP Photo/Aijaz Rahi)

Shami is being hounded on social media to the extent that some are accusing him of accepting money from the rival team to perform badly.

India managed to put 151 on the board after struggling at 36/3 with openers Rohit Sharma and KL Rahul not contributing with the bat at all.

Pakistani openers did not give their wickets and achieved the target easily with 13 balls to spare.

Shami, who bowled the 18th over of the match, conceded 17 runs in five balls. This did not go down well with the jingoist fans, who took to Instagram to question the Indian player’s integrity due to his Muslim identity.

Saddened by the brazen Islamophobia, many cricket fans have also urged skipper Virat Kohli and his team members to publicly express their solidarity in support of Shami.

Ironically, the development took place on a day the Indian cricket team took the knee in solidarity with the global campaign, BlacksLiveMatter. Many now wonder if Kohli and his teammates would publicly condemn the hounding of Shami just the way the England football team reacted after three Black players faced racist attacks from bigot fans for missing penalties during this year’s Euro championship.