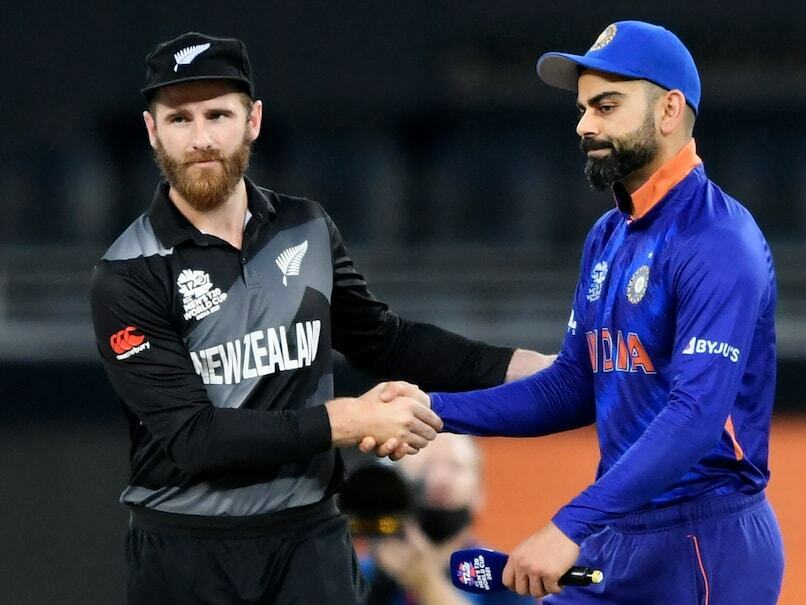 Srinagar: New Zealand managed a thumping win against India in the latter’s second match of the ongoing T20 World Cup last night further burying India’s chances of making it to the next round.

Batting first Team India did not put up a great show and managed only 110 for the loss of 7 wickets in their allocated 20 overs.

India opened with Ishan Kishan and KL Rahul, an experiment that did not work out as Ishan was out on just 4 runs after he flicked a Trent Boult Delivery straight into the hands of Daryl Mitchell

Rohit Sharma followed and was nearly out the first ball again if Adam Milne had not dropped a dolly at the boundary.

But the drop did not cost much as Rohit too was out after only making 14 runs.

Captain Virat Kohli took 17 balls for his 9 runs before he too was out.

A late flurry by Ravindra Jadeja got India to a paltry 110 runs.

New Zealand made the chase look easy and achieved the target in just 14.3 overs losing only two wickets in the process.

Following this second big loss in as many matches, team India is already receiving a loss of social media ire.

As expected, Virat Kohli is being criticised for his captaincy.

Amid this Srinagar Mayor Junaid Mattu has come out supporting the Indian captain.

“Easy for everyone on social media to become an expert cricketer when your team isn’t performing well. @imVkohli is one of the best the game has ever seen. Both as a player and a leader. The team has immense talent. This is a SPORT. You win some, you lose some. Sit down,” Junaid tweeted last night after the match.

Kohli is being censured for his captaincy by netizens.

“#captaincy Kohli’s best finisher played test match in knockout game and Rohit came one down..what a captaincy☹☹…as usual he lost toss as wellFace with rolling eyes..Kohli please step down captaincy from all the format,” read a tweet.

“A spineless team with a boneless captain…worst #captaincy. He should resign from all formats .. otherwise we’ll also lose worldcup 2023,” read another tweet.

“How is this possible that entire Indian team is out of form???? And what’s up with this Virat Kohli and loosing tosses,” asked another Twitter user.