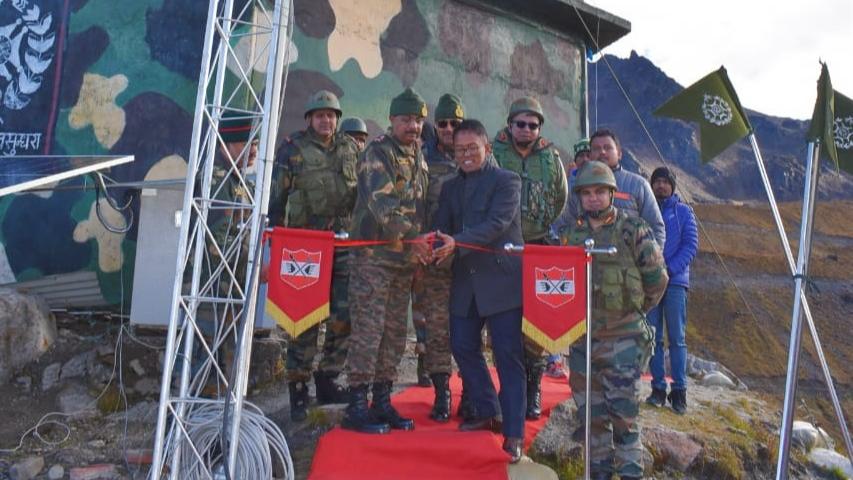 Gangtok:  Indian Army and the Defence Geoinformatics and Research Establishment (DGRE) have jointly installed the Avalanche Monitoring Radar, the first of its kind in India, in north Sikkim, defence officials said on Friday.

Besides being used for the detection of avalanches, this radar can also be employed to detect landslides.

Defence spokesman Lt. Col Mahendra Rawat said that the radar was inaugurated by Tri Shakti Corps commander, Lt Gen Tarn Kumar Aich, at one of the forward posts of the army at an altitude of 15,000 feet in morth Sikkim.

This radar has the capability to detect avalanches within three seconds of their triggering and will assist in saving the valuable life of troops and civilians as also vehicles in super high altitude areas, he said.

Lt. Col Rawat said that the avalanche radar was made operational by Defence Research and Development Organisation’s wing DGRE, which is involved in forecasting and mitigating of avalanche hazards faced by the Indian Army in the Himalayan region.

He said that this radar uses a series of short microwave pulses which are scattered at the target and can detect an avalanche in less than three seconds.

The radar, which can permanently scan the targeted slope for avalanche release and track its path and its size in case it is triggered, can “see” through snow, and fog as well as in the night, making it an all-weather solution and covers an area of two sq/km obviating the requirement to place additional instruments in dangerous avalanche prone areas.

The radar is also linked to an alarm system enabling automatic control and warning measures in case an avalanche is triggered. Images and videos of the event are automatically recorded for future analysis by the experts.

In an area where frequencies of avalanches are high, the radar will go a long way in safeguarding the life of troops deployed in hostile terrain and sub-zero temperatures while at the same time limiting damage to vehicles and equipment in such snowbound high-altitude areas.