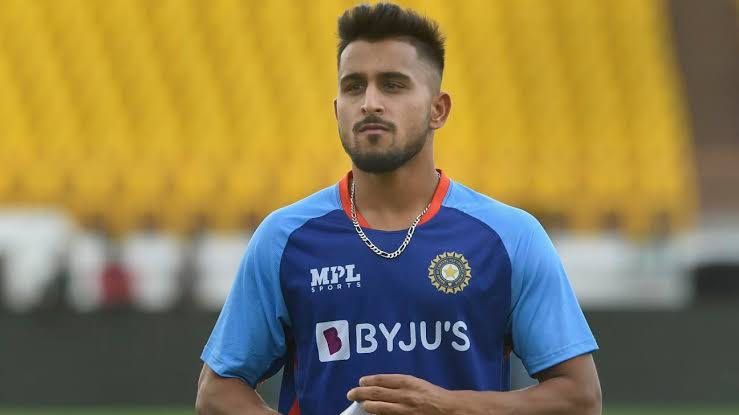 Jammu and Kashmir-born pace sensation Umran Malik struggled with red ball in India A match against New Zealand A.

According to ESPNcricinfo, Umran Malik had played just three first-class games heading into this series, and his inexperience showed. There wasn’t much to do in the second fixture, but in the last one, he was off the radar by a fair bit.

The speed, as expected, was good, but he missed his lengths often and was guilty of spraying the ball both sides of the wicket. He also struggled with no-balls. Umran bowled six no-balls in ten overs in the first innings – including four in his second over – and ten in the second.

“Everybody knows he is not a ready cricketer,” Sitanshu Kotak, the India A coach, said of Umran. “He is here for us to help him develop and get better with the red ball. He is part of the one-day series also. From four overs to ten overs, we’ll see what difference there is. Just by playing Ranji Trophy, he won’t be groomed as well as that support he gets here.”

In July, Umran Malik took his first international wicket when he dismissed Ireland wicketkeeper Lorcan Tucker on five in the 14th over of the second T20 International.

The 22-year-old speedster was tasked with defending 17 runs in the all-important final over of the innings. He conceded 9 runs off the first three balls. However, he come back with vengeance and helped India to win by four runs.

Umran was quite a find this season. Jammu and Kashmiri pacer finished with 22 wickets for the season.

He became the youngest player to take 20 wickets in any IPL season. Umran Malik took his tally to 21 during a match-winning spell for Sunrisers Hyderabad (SRH) against Mumbai Indians at the Wankhede Stadium. He broke Jasprit Bumrah’s 2017 record.