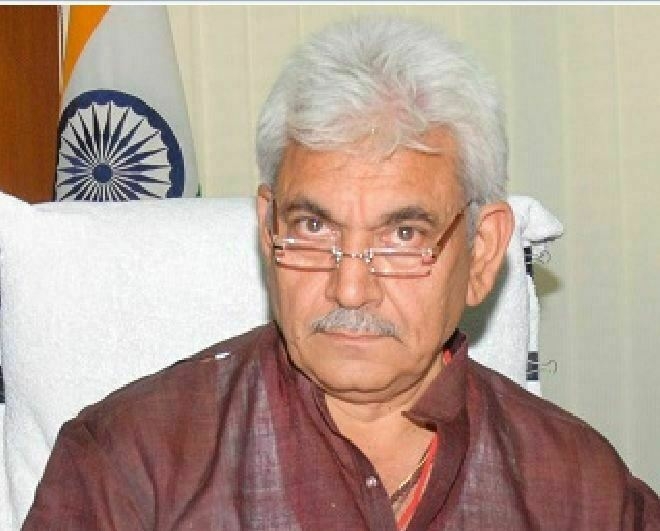 Srinagar: Spelling out the contours of his model of governance, the newly appointed Lieutenant Governor, Manoj Sinha Friday stressed on Zero Tolerance for Corruption, promotion of youth centric programs and policies, reaching out to the masses, strengthening of connectivity in rural areas, robust health care system, modernization of capital cities of Jammu and Srinagar, early completion of languishing projects, redressal of public grievances and improving public service delivery system.

He was chairing his maiden high level meeting with Administrative Secretaries of the Union Territory of Jammu and Kashmir here at Civil Secretariat, Srinagar.

“Poverty alleviation and upliftment of all the sections of the society through livelihood programmes is the prime agenda of the present Government towards achieving the ultimate goal of equitable development,” he added.

The Lt Governor also called for restoration of traditional and old crafts which have huge market demand. He passed the directions for the revival of old abandoned projects to give development its new dimension.

On tourism promotion, he asked the officers to take comprehensive measures to revive the lakes and other tourist hotspots to add to the tourism avenues of the region.

He observed: “The people of J&K have high hopes from the Government and called for taking all requisite measures on various fronts for the public welfare of the people to meet the aspirations of the people.”

“Direct all your actions and energies towards fulfilling the ultimate objective of development envisaged by Prime Minister through the slogan ‘Sabka Sath Sabka Vikas aur Sabka Vishwas’,” the Lt Governor asked the officers.

Focusing on the youth, the Lt Governor noted that youth would be one of the priorities of his government and asked the concerned officers to create best sports infrastructure, besides coming out with youth centric programs to engage them in productive activities.

He expressed satisfaction over the progress made under Jal Jeevan Mission for providing piped water supply (Har Ghar Nal se Jal) to every household well ahead of envisaged completion date of National Mission.

The Lt Governor exhorted the concerned officers to make health care system of J&K best in the country. He further stressed on improving health services delivery to provide quality and accessible healthcare services to the people of J&K.

He also called for bringing suitable changes in the Education policy Job Oriented education and make committed efforts towards promoting industry and enterprise sector in the UT.

He advised the Administrative Secretaries to implement the best practices in people centric governance with active public participation in developmental process for achieving the goal of good governance through accountable, responsive and proactive administration which is a prerequisite for the sustainable development of any region. He further asked them to use technology and innovative ideas to bring efficiency in the system.

The Lt Governor also observed that the Food processing has a lot of scope in J&K and asked the officers to roll out an effective mechanism in this regard.

During the meeting, the Lt Governor reviewed the efforts of the UT Administration for successful implementation of various schemes launched by the Central and the UT Government and assessed the status of execution of developmental projects across J&K.

On his arrival, the Lieutenant Governor inspected the ceremonial Guard of Honour.