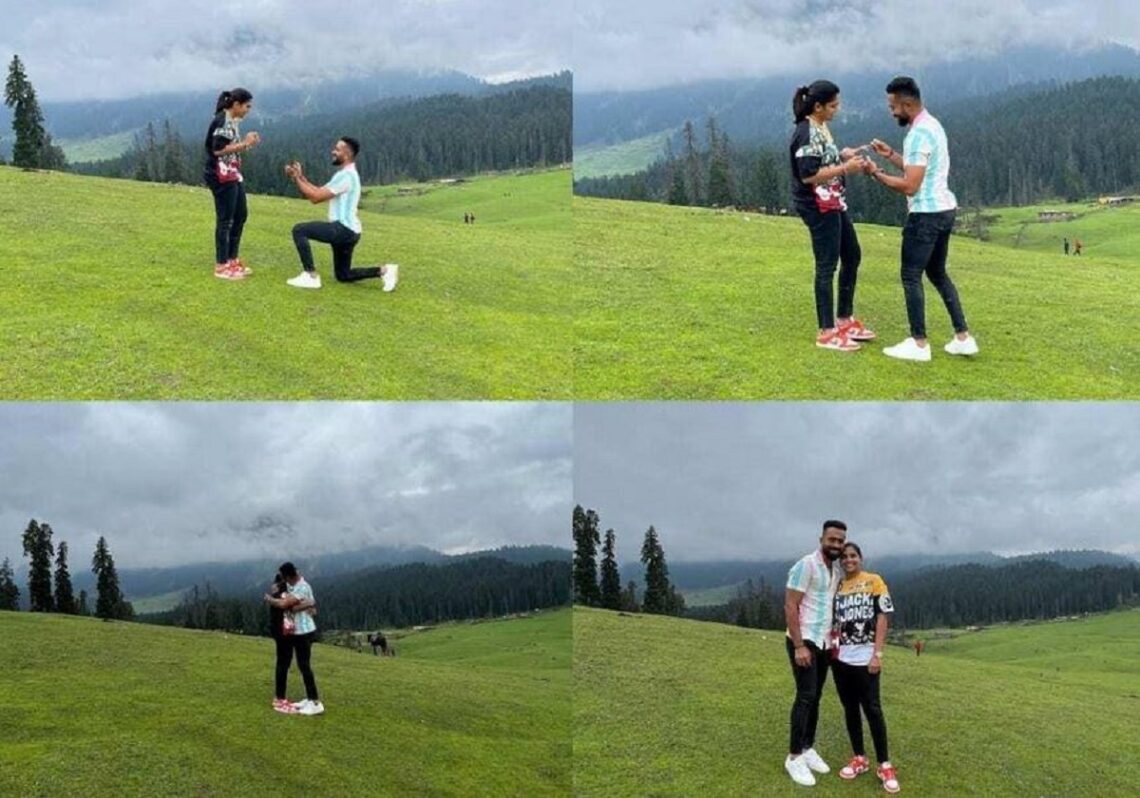 Indian women’s cricket team is playing T20 series in England these days. Meanwhile, the star player of the women’s team, Veda Krishnamurthy has surprised her fans, as pictures of her accepting the proposal by Karnataka batter and her weightlifting coach Arjun Hoysala.

The duo took to Instagram to share pictures, with Arjun writing, “And, she said ‘Yes’.” The pictures seem to be from some beautiful meadows in Kashmir.

Arjun has also played a first-class match for Karnataka and has represented Belagavi Panthers in Karnataka Premier League.

Arjun proposed to Veda by going to the middle of the mountains, sharing the pictures he wrote that Veda has said yes.

After the proposal, both of them hugged each other and clicked pictures together. Other players of the women’s team congratulated Veda Krishnamurthy for this new phase of life.

Veda Krishnamurthy has played 48 ODIs for India, in which she has 829 runs to her name. Whereas in 76 T20 matches she has scored 875 runs. 29-year-old Veda has not been selected for Team India for a long time. She has been recently giving expert views in cricket & sports events on television.

The past few years have not been good for Veda Krishnamurthy. She was out of Team India, but her family was also going through a lot of difficulties. In the year 2021, the second wave of Corona snatched both her mother and sister from Veda simultaneously. This had a great impact on the Veda’s life and she showed great resilience in very difficult times for her .

Talking about Hoysala, he has made 1 appearance for the Karnataka Ranji Trophy team which came back in 2016 when they faced Maharashtra at the Punjab Cricket Association (PCA) IS Bindra Stadium in Mohali. He was last seen in cricketing action at the Karnataka Premier League (KPL) for Shivamogga Lions in the 2019 season. The left-handed batter opened the innings for his team.