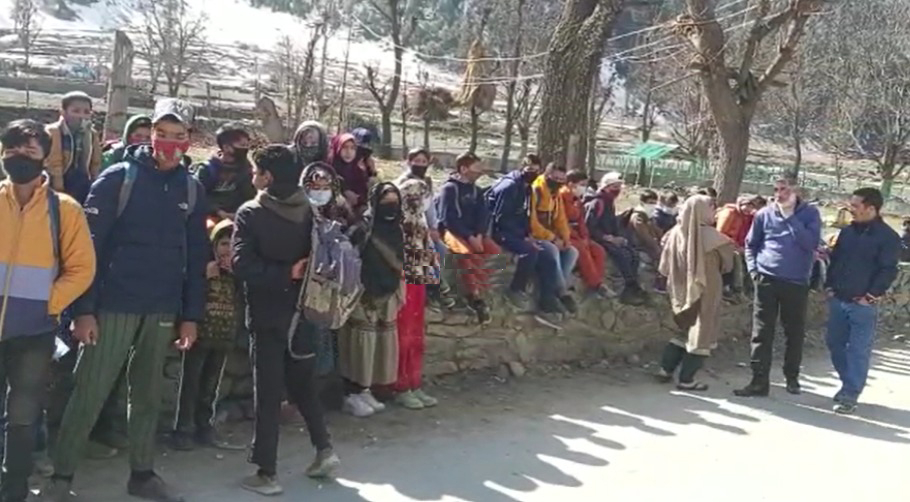 Ganderbal: Students were forced to take classes in open after the landowner locked the gate of the school in Razen Gund area of Kangan town here in Ganderbal district.

Head Master, Government Middle School Razen, Nisar Ahmed Balkhi said that on arrival, he found the school locked while students were waiting outside.

He said they are imparting classes in open.
When contacted, the landowner Abdul Rahim Bhat son of Muhammad Abdullah Bhat said that he offered the land free of cost for the construction of Middle School in 1985 on the promise that a permanent job in Education Department will be given to me or any other member of the family.

“Earlier too, I locked the school for a few days, but then again I was assured of getting a job. I suffered a lot and now I am not going to listen to anyone,” Bhat said adding that he has been temporarily working in the school for a meager salary of Rs Two Hundred and Seventy-Five only.

“Neither I want a permanent job nor any compensation. I want my land back,” he reiterated.

The Sarpanch of the area said that matter has been taken up with SDM and hopefully the issue will be resolved. (KNT)