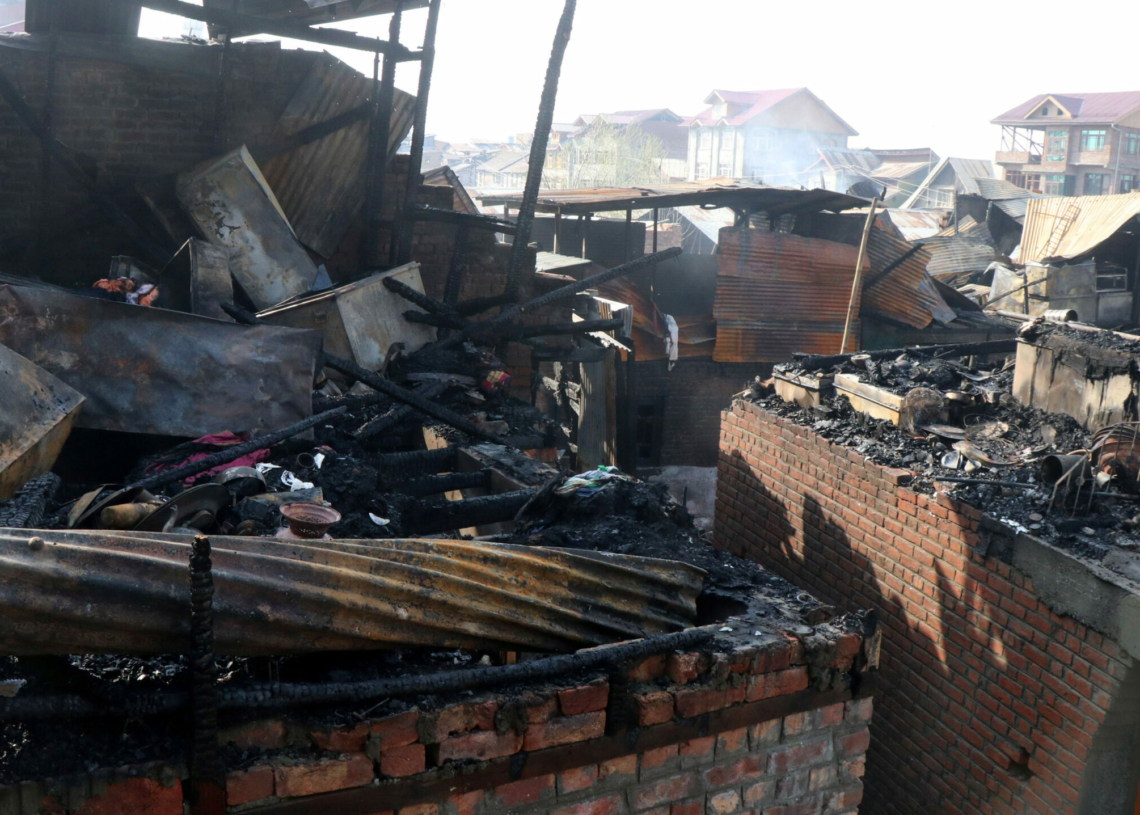 Seven residential houses were razed in a massive fire at Hamza Colony in  Batamaloo area of Srinagar.

Fire broke out  from a residential house of Shabir Ahmad Sheikh and engulfed other structures within no time.

In the incident, seven residential houses got damaged.

An official said fire tenders were immediately rushed to the spot to douse the flames.

“Fire has been brought under control. The cause of the fire is yet to be ascertained,” he said.

Meanwhile, police have registered a case and started investigation.