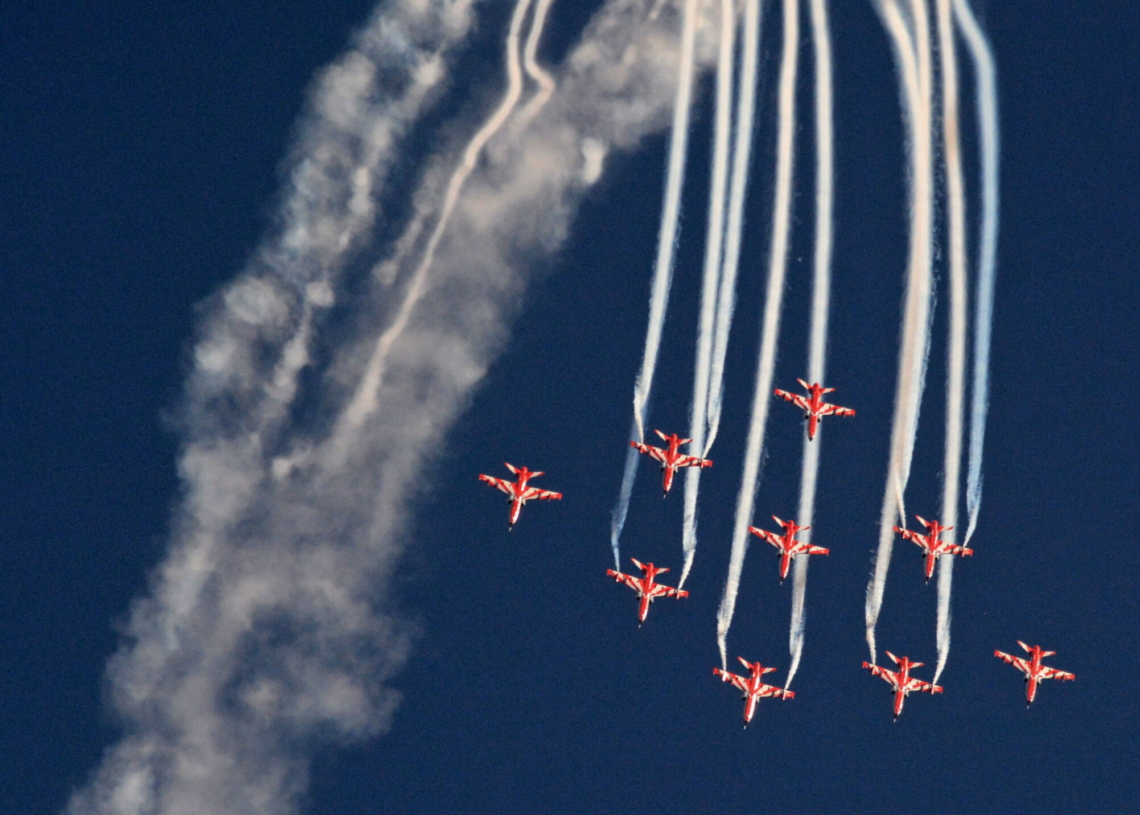 The air display was specially tailored for the young audience. The show commenced with the paramotor and para hang glider displays, followed by the MiG 21 Bisons flying by in a triangular 3 Aircraft formation.

IAF skydiving team Akashganga enthralled the audience jumping from a Mi 17 helicopter over the iconic Dal Lake. This was followed by the Su 30 MKI showcasing its maneuverability with a Low-Level Aerobatic Display.

The star attraction of the event was the ‘Suryakiran Aerobatic Display Team’ or SKAT, also known as ‘Ambassadors of IAF’. The team has the distinction of being one amongst few nine aircraft formation teams in the world. Flying the highly versatile Hawks manufactured by Hindustan Aeronautics Limited, SKAT set hearts racing with their synchronized aerial ballet in the sky.