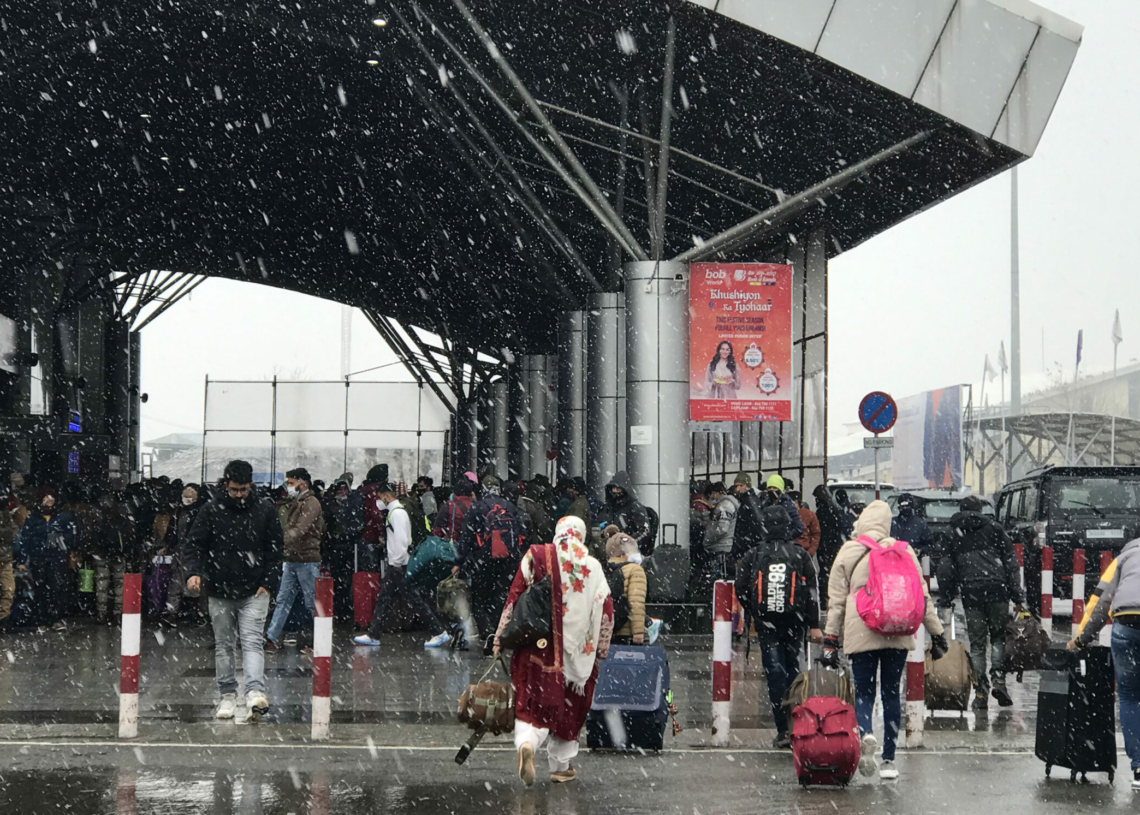 SRINAGAR:  Hundreds of people rushed to Srinagar airport on Thursday morning only to find flights delayed.

“All flights at Srinagar airport are delayed due to low visibility. The operations will commence on weather improvement,” tweeted Srinagar International Aiport.

For the last two days, scores of flights to and from Srinagar were canceled due to poor visibility and snowfall. Chaos was witnessed at Srinagar airport as hundreds of passengers jostled to check in only to know that the flights have been canceled.  Scores of the tourists, whose flights got canceled, have been accommodated in the hotels either on discounted rates or free of cost.

The weatherman has forecasted another intense spell of snowfall from Friday in Jammu and Kashmir.

Snowfall has stopped in Srinagar and other parts of the valley. Weatherman however has issued an avalanche warning after “moderate to heavy snowfall” in the region.

For the last few days, Jammu and Kashmir is witnessing intermittent rain and snowfall. Snowfall has disrupted both vehicular and air traffic from Srinagar. A 29-year-old man died and another person was injured on Wednesday when a boulder from a hillock hit their car near Ramban on the national highway.