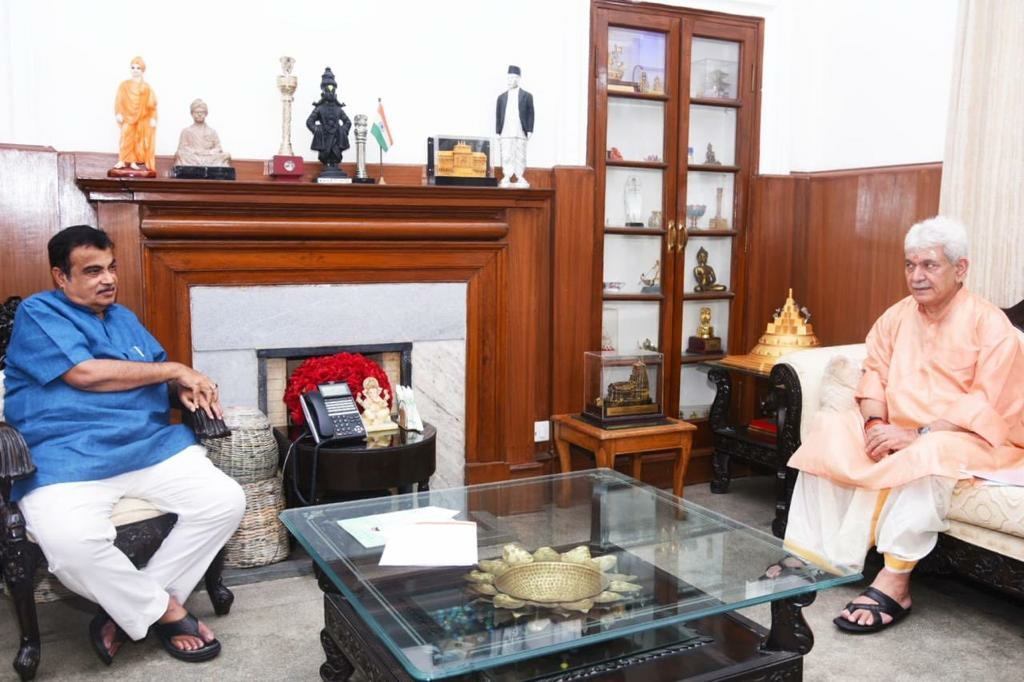 The LG’s office informed about the meeting in a tweet along with a photograph of the two discussing the development issues.

The LG also participated in the launch of eRUPI by Prime Minister Narendra Modi through Video Conference.

“Participated in the launch of eRUPI by Hon’ble Prime Minister Shri Narendra Modi ji through VC. This initiative will revolutionise the cashless transactions and prove to be game changer for digital payment solutions,” the LG tweeted.

Sinha also met Union Minister of Rural Development and Panchayati Raj, Giriraj Singh and discussed with the Union Minister important issues related to PMGSY for strengthening rural connectivity in J&K and various initiatives taken by the UT Government to improve quality of life in rural areas.

The meeting went fruitful and the Union Minister has assured full support to the UT Government in its endeavours for the development and prosperity of rural J&K.

The Lt Governor and the Union Minister also discussed about the empowerment of three-tier Panchayati Raj system in J&K, which has strengthened the governance at the grass root level.

The Lt Governor further shared the various reformative measures taken by the UT Government to bridge the gap between rural and urban J&K.

“ J&K is amongst the top performers in terms of achievements made under PMGSY. We are reaching out to unconnected habitations with road connectivity, besides augmenting the Power & water supply to connect every household in the rural areas,” said the Lt Governor.

“The UT Government has already approved a historic Rs. 12,600 Crore District Capex Budget 2021-22 for equitable development of J&K with active involvement of Panchayats, BDCs, and DDCs. Moreover, new opportunities are being created for rural employment; digital interventions have been made by establishing Digital Village Centres to bring the working of the PRI institutions close to the Government’s functioning. Panchayat offices are being digitally integrated with higher offices for extension of government services to rural population,” he informed.

“Recently, an e-Compendium of 2177 projects completed under Back to Village Programme during 2020-21 was recently released which depicts the success of the ambitious initiative of the J&K Government,” he added.

Discussion was also held on the UT Government’s action plan for creating more livelihood opportunities for the rural population, besides extending the financial assistance to 50,000 youth as per the target set by the Government for this year’s Back to Village program.

Pertinently, during the B2V3, around 20,000 young budding entrepreneurs have been empowered financially to start their own enterprise.

The meeting was also attended by senior officials of Ministry of Rural Development.