In a first, two non-IPS women officers promoted to IG rank in CRPF; one of them served in Kashmir 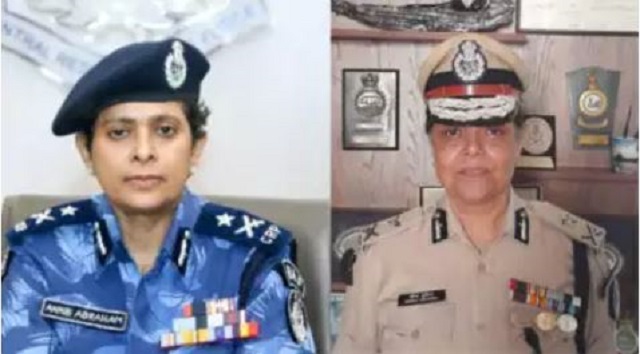 Annie Abraham has been made IG of the Rapid Action Force (RAF) and Seema Dhundia has been posted as Bihar sector IG. Both officers were inducted into the force in 1987.

A CRPF spokesperson said Dhundia has served in as the Deputy Inspector General in the RAF She was also the contingent commander of the first-ever all-women FPU (formed police unit) in the UN Mission in Liberia.

Abraham has commanded the all-female FPU Abraham, in the UN Mission in Liberia, served as DIG, Intelligence in CRPF headquarters, as DIG Ops in Kashmir, and as DIG, CR & Vigilance.

Notably, both the women officers have been awarded the Presidential Police Medal and Police Medal for commendable service and Ati Utkrisht Sewa Padak.