In a first, Salman Khan to share screen space with his brothers 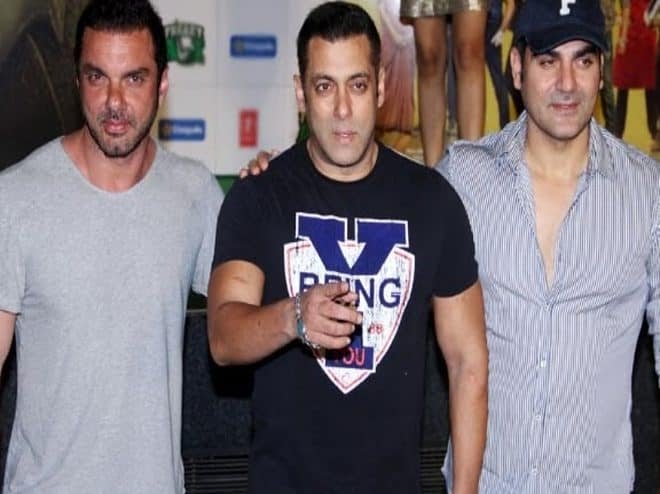 Hyderabad: For the first time, superstar Salman Khan will share screen space with his brothers Sohail Khan and Arbaaz Khan.

Arbaaz Khan recently revealed spilled the beans about the trio’s collaboration in his interview with HT.

“Yes, there is a big possibility of that. Whenever that opportunity or window is there, we don’t miss it. It’s just that right now, we are all engaged in our things. But there will be a time when finally, Sohail, Salman, and I will come together for something. And that might not be too late. It’ll be quite soon,” he said.