Improving  quality of life of every citizen is  prime objective of  administration: LG 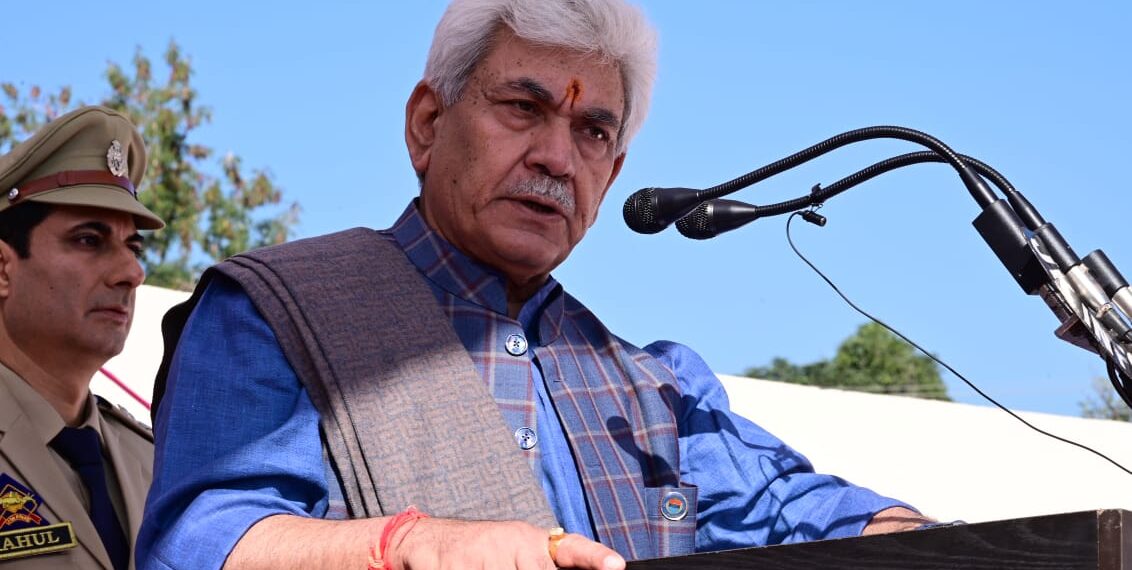 Jammu, December 07: Lieutenant Governor Manoj Sinha today said improving the quality of life of every citizen is the prime objective of the administration.

“We have to increase capacity of Jammu City to serve the citizens, preserve environment, make public services efficient, boost local economy, create opportunities for public-private partnership and add value to City’s growth potential, its tradition, heritage, culture and uniqueness,” he said while inaugurating a Multi-Level Parking Facility at Panjtirthi, Jammu.

Sinha  said that the project under AMRUT-Atal Mission for Rejuvenation and Urban Transformation is part of the smart parking initiative using modern solutions to considerably reduce parking on roads and generate revenue for the city.

The Lt Governor said that it is high time for Urban Local Bodies to reinvent their economic base and fully utilize the assets to generate revenues and spur the local economy. Many under-utilised assets can generate employment, business opportunities with engagement of local community, he added.

Terming Community involvement key to revitalize and rejuvenate the cities, the Lt Governor said, with the help of people we can create healthy cities, create incentives for Swachh Abhiyan, protect natural assets and strengthen transportation, water and utility infrastructure.

The Lt Governor shared the vision of the government for urban rejuvenation and the efforts being made to achieve three goals- Sustainability, Efficiency and creation of a Vibrant Society. To realize these goals, community must come together along with development in different sphere such as mobility, economy, environment and governance in an integrated manner, he added.

The Lt Governor further observed that there is a need to focus on the concept of augmented city for the development of urban areas.

“We have to add value to the potential of Jammu city, its tradition, heritage, culture, uniqueness and how it can grow economically,” he added.

Underscoring the significance of public participation in development process, the Lt Governor said, the power of Jan Bhagidari will shape the future of our socio-economic growth. At the same time there should be a balance of rights and duties of citizens to spur overall development with basic facilities, employment opportunities and maintenance of resources, he added.

The Lt Governor also highlighted the unprecedented work being done in Jammu and Kashmir in the last three years through people’s participation and proactive citizen-centric governance.

The Lt Governor also reiterated the government’s commitment to fulfil the resolution of making Jammu and Kashmir fear-free, corruption-free society.

The elevation of the main building has been kept depicting “Dogra Heritage & Culture” in blend with the architecture of the surrounding Heritage buildings. The facility will provide parking space for nearly 400 vehicles, significantly decongesting traffic in the adjoining area of Jammu city by reducing street parking.

Rajinder Sharma, Mayor, Jammu Municipal Corporation, on the occasion appreciated the completion of Multi Level Parking and observed that the facility shall ease the traffic situation in the area. He further said that JMC is now focussing on solid waste management in addition to sanitation and enforcement activities.

Jugal Kishore Sharma, Member Parliament, said that the new projects are driving the transformation of Jammu city. He complimented the UT administration for the unprecedented developmental activities.