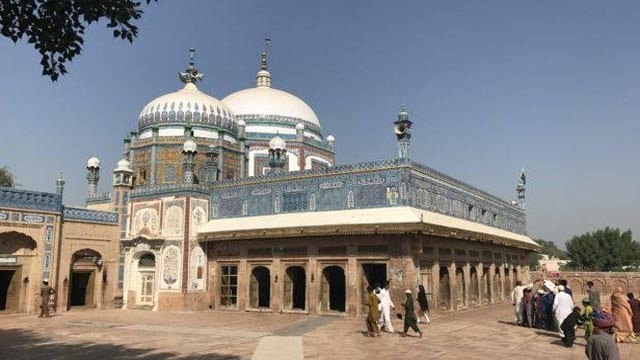 The colonial hangover, as they describe it, posited an insurmountable damage upon tradition, traditional patterns and traditional understanding of man and universe. The leftover spirit of Socrates and Plato and the transfigured Christianity was all that west had inherited and this was all that they kept imposing overtly and covertly on Asian and African countries for long dark ages of imperial era. With their colonial dominion over Asia and Africa by virtue of their material upper hand, they simultaneously Desolated the cultural and traditional legacy of the natives. This is the theme that has been recurrently explored by post-colonial theorists like Paulin Houtondji, Desmond Tutu, Edward Saeed and others. Even the “post-colonial thinkers of colonial era”, like Tagore, Comoraswamy and others questioned this grafting of oriental narrative on native landscape. These theorists held under serious scrutiny the imperial and colonial constructs and brought home the ideological perversions present therein. The colonisers, who were by and large westerners not only made the natives oblivion of their glorious literary and intellectual legacy, but under the might of their material supremacy made them to dislike it as well and to look upon it as an inherited burden. Consequentially the traditional wisdom remained in cold storage for long and it was not long before that native and foreign scholars and researchers showed serious interest in intellectual legacy of Easterners that the poets, writers and thinkers were restored to their lost glory and light came to be extracted from their illuminating works. One such guiding figure is Khwaja Ghulam Farid whose poetry is repository of gnosis, wisdom, spiritual illumination and intellect-traditional synthesis.

Khwaja Ghulam Farid is the poet laureate of Saraiki language. His stature vis a vis “kafis” is same as that of Ghalib vis a vis Ghazals. His poetry emerges as a towering illustration of traditional metaphysics. Well versed with classical religious sciences, he was, by virtue of his poetic ingenuity, able to translate the religious metaphysics into cultural metaphysics. In doing so he made himself not only relevant to his time and people, but more importantly he was able to resolve the stresses and strains intrinsic to religious metaphysics. Dr Shehzad Qaisar pertinently notes in this regard that “The problem with Iqbal is that he remains at individualistic level and does not transcend to the universal realm. He commits a category mistake in the sense that he tries to place metaphysical truths at the level of the mystical plane and abhors them for being pantheistic…. Whereas Khwaja Ghulam Farid excels in interpreting and analysing the truth at metaphysical level to which it rightfully belongs”.

Khwaja Ghulam Fareed’s poetry is essentially poetry of unity and unityism. He calls for the reintegration of man, universe and God. This reintegration shall not be merely evaluated as a theological postulate but shall be seen in its broader metaphysical context. This call for unity arises both at epistemic and ontic level. The epistemic division of world into “Known – knower” doesn’t go well with his metaphysic. To him knowing is the process in which knower becomes the known. Seen in its ontological dimension it calls for the unity of being – a doctrine much cherished by Sufi saints and mystics across the board. He drew his inspiration of unity of being or pantheism from the teachings of Ibn Arabi, Mansur Hallaj and Bayazeed Bastami. Thus he is located at a critical junction of religious spirituality and traditional metaphysics.

He basis his epistemological paradigm not on literary, sensual, intellectual or imaginary basis. Rather uniquely, he posits heart perception and gnosis as the ultimate and most reliable form of epistemic experience. In his own style he goes on to take a sarcastic survey of books of theology and jurisprudence, for all these books are no more than jugglery of words. He thus advises the traveller

” So not consider kifaya as sufficient. Do not consider Hidaya, as the guide. Just tear to bits the pages Wiqaya. Our heart is the immanent Quran

Heart is love and gnosis. Heart is essence of life as portrayed in Hindu scriptures : Vedas and Puranas. Heart is the artery of universe. Heart opens to infinite depths of interiority “

Emphasis on heart as an instrument of learning is nothing new in mystical or religious paradigm. The Quran itself refers to heart when describing the human receptacle of guidance. But this heart is not to be confused with the biological organ, whose function is nothing more than to pump the blood around the body. The heart referred to and referred by mystics and religious scriptures is a level of discerning consciousness within the human organism, the traces of which are yet to found by modern day psychology.

Lyricism, rhyme and rhythm is a characteristic feature of Khwaja Ghulam Fareed’s poetry. This lyrical cadence that lies at the heart of traditional poetry is to be seen as a reflection of a deeper underlying principle of cosmic harmony and universal theophany. Traditional poetry, as they say, is the singing cosmos. Thus the overemphasis on lyricism, as we encounter in traditional poetry doesn’t come without its subtle sub-textual import.

Khwaja Ghulam Fareed’s poetry like mystical poetry in general is the poetry of presence. What it means is that this genre of poetry doesn’t merely amount to commutation of words but rather opens up hitherto unknown and unexplored paradigms of existence. In his poetry we recurrently come across mention of divine and other worldliness but this divine and other worldliness is made to reverberate and reflect in the canvas and this world and its immanent aspects. The message of human unity transcending religious and cultural contours is emphasised time and again in his verses and this message of ideological Transcendence is what our world is desperately in search of.