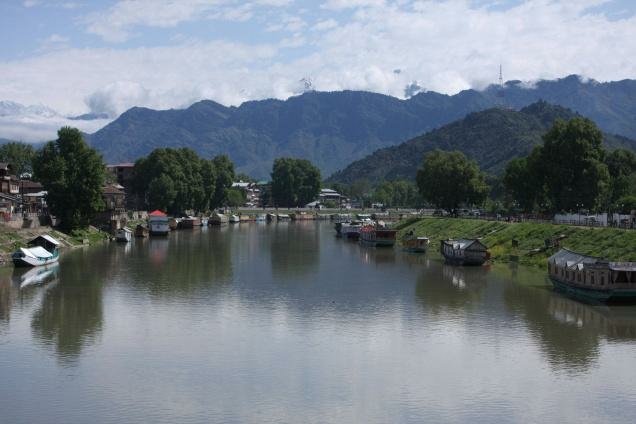 For nearly 70 years, Jammu & Kashmir was living under the shadow of a constitutional anomaly, which was, in fact a miscarriage of history and also a miscarriage of the principle of equal rights for all human beings. Maybe, it was Almighty’s decree that Shri Narendra Modi would take over as Prime Minister of India and liberate the people of Jammu & Kashmir from the shackles of Article 370 and 35-A.

Following the changeover and the new administrative and constitutional arrangements coming in place, Jammu & Kashmir has not only embarked on a fast-track journey of development but also attained liberation from the mental barriers that made the people feel differently as compared to their counterparts in the rest of India and likewise, the rest of India also got conditioned to treat Jammu & Kashmir differently.

With integration having taken place in toto at all levels, the people of Jammu & Kashmir today are upbeat at the prospect of realising their dream of becoming an essential component of Modi’s New India and thereby also its beneficiaries.

This “Imaginative” Jammu & Kashmir has not only made an effective departure from the unhealthy legacy of the past but has also learnt to nurture the same aspirations as the rest of India.

Many laws, like Child Marriage Act, Right to Education, RTI and Land Reforms are also effective now. Valmiki, Dalit and Gorkha communities, living here for decades, also now enjoy rights at par with the other residents. Now the local residents and the residents of other States, enjoy the same rights. Out of the 334 State laws, 164 laws have been repealed and 167 laws have been adapted, according to the Indian Constitution. For the people living in areas adjoining the International Border, a provision of 3% reservation in jobs and educational institutions has been effected.

As per the recommendations of the 15th Finance Commission, the UT of Jammu & Kashmir and UT of Ladakh have been sanctioned a grant of Rs. 30,757 crore and Rs. 5,959 crores respectively, during 2020-21.

Last year, the first ever elections of Gram panchayats and Zila panchayats were conducted successfully. After many years, Panchayat elections were held in the year 2018 and there was a turnout of 74.1%. In 2019 Block Development Council Elections were held for the first time and the voter turnout was 98.3 Percentage. There was record participation in the recently held district level elections as well.

Domicile law has been applied and the way has been paved for the resettlement of Kashmiri Pandits ousted from the Kashmir valley in 1990, with the work on provision of 6000 jobs and 6000 transit accommodations, in progress.

For the cultivation of apples, a market intervention scheme has been implemented. DBT payment’s and transportation by Central procurement Agency under the scheme have stabilized the prices of apples.

Kashmiri Kesar has received G.I. tag. Now Kashmiri Saffron is reaching even the North-eastern States. Ukhu village of Pulwama is all set to receive the tag of “Pencil WalaGaon”.

Srinagar’s long-awaited Ram Bagh flyover was opened. IIT Jammu got its own campus and the work of AIIMS, Jammu has also started. The wait for the Atal Tunnel ended when the Prime Minister dedicated it to the nation. Jammu Semi Ring Road and 8.45 km long new Banihal Tunnel, will be opened this year. The incidents of terror have significantly declined and there is a new found atmosphere of peace and security in the valley. Tourism is showing a rapid upward trend.

Work on Shahpur – KandiDam project, which was stalled for 40 years, has been started again. Ratle hydropower project work is also being resumed.

It is for the first time that under an industrial promotion scheme of Government of India, industrial development will be taken to the block level in Jammu & Kashmir. Under the new central scheme, incentives worth Rs. 28,400 crores over the next 15 years will open new doors of development in the State.

Apart from employment generation in the primary sector, another 4.5 Lakh direct and indirect employment is expected to resultfrom the scheme in agriculture, horticulture, sericulture, fisheries, animal husbandry and dairy industry.