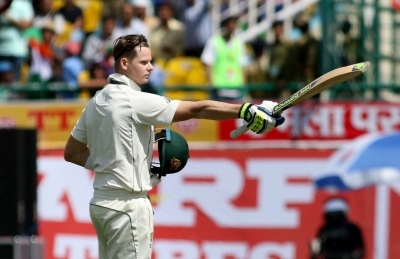 Australian cricketing legend Ian Chappell has slammed Cricket Australia’s (CA) decision to appoint Steve Smith as vice-captain of the team ahead of the five-Test Ashes series beginning at the Gabba on December 8, saying, “If I’d have cheated as an Australian captain, they (CA) would have taken the job away from me and made sure I didn’t continue to play as a player.”

Chappell’s comments have put the spotlight back on the ball-tampering episode that took place during the third Test against South Africa at Newlands, Cape Town in 2018.

The-then Australian skipper Smith, his deputy David Warner and team-mate Cameron Bancroft were banned for different periods following the scandal, which came to be known as “Sandpaper-gate”.

In addition to a one-year suspension, a two-year leadership ban was also imposed on Smith, while Warner, who was the then vice-captain, also received a year ban, as well as a lifetime leadership ban.

Chappell said that had he committed such an indiscretion, Cricket Australia would never have forgiven him, probably shut the door on him for life.

“Cheating is cheating, whether it’s big cheating or little cheating, it’s still cheating in my book. If I’d have cheated as an Australian captain — I mean I made a lot of mistakes but I didn’t cheat. And if I had cheated, and if I had done what Tim Paine did, I would have expected Cricket Australia to not ask me to resign, they would have taken the job away from me and made sure I didn’t continue to play as a player,” said Chappell.