I wasn’t a PM who was afraid of talking to the press: Manmohan takes a jibe at PM Modi 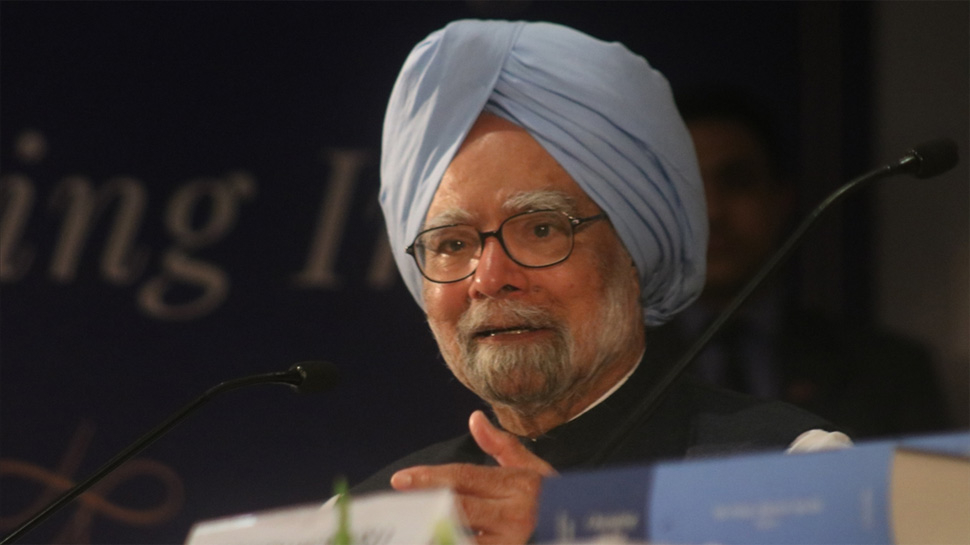 NEW DELHI: Former Prime Minister Manmohan Singh on Wednesday took a jibe at his successor Narendra Modi claiming that he was never afraid of speaking to the press.

“People say I was a silent Prime Minister. I think these volumes (his book ‘Changing India’) speak for themselves. I wasn’t the PM who was afraid of talking to the press. I met press regularly and on every foreign trip I undertook, I had a press conference on return,” Dr Singh said.

The former PM was speaking at the launch of his book “Changing India” which details his life as an economist as well as talks about his 10-year period at the helm of the Congress-led United Progressive Alliance (UPA) regime.

He narrated an incidence of 2005 when he was advised by officials not to address a press conference organised by National Press Club in Washington and said officials were nervous but it turned out to be successful and the verbatim record is published in these volumes.

He also said that he was not only an “accidental prime minister” but also an “accidental finance minister” of the country as the post was denied by I G Patel, the former RBI Governor and his immediate predecessor in the RBI. The former prime minister said that no government could change the course of the economy and broadly followed the path set by him as a finance minister in the Narasimha Rao-led government.

The comments came against the backdrop of Urjit Patel resigning as RBI Governor earlier this month amid a tussle between the central bank and the finance ministry on matters ranging from the appropriate size of reserves the central bank must hold to the easing of lending norms for sectors such as small and medium enterprises.

“At the same time, I would say the relationship between government and RBI is like husband-wife relationship. There will be hiccups, there will be a difference of opinion, but ultimately these must be harmonised in a manner that these two great institutions can work in harmony,” Singh said.