‘I still have 73 shrapnels in my body’: Kargil War veteran to Amitabh Bachchan on KBC 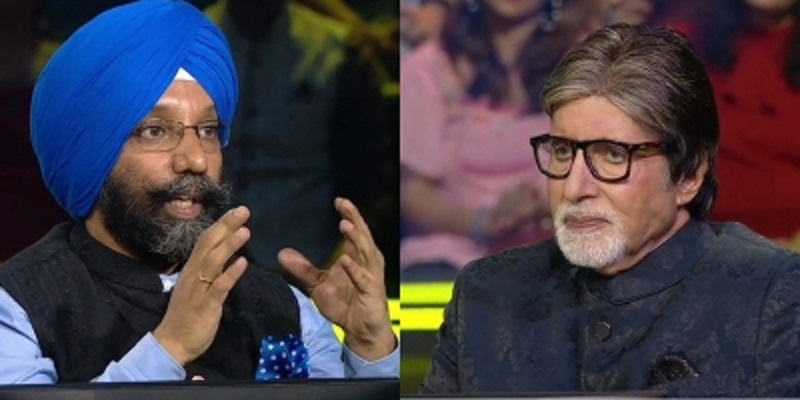 Major D.P. Singh, a retired Indian Army officer and Kargil War veteran, who is also India’s first blade runner, joined Aamir Khan on the hotseat of “KBC 14”. He talked about his posting in Kargil and shared that he still has 73 shrapnel in his body.

He says: “We can never win anything with a war. There are always losses due to it. Some lose their sons, husbands or brothers, some others lose their limbs like me. I still have 73 shrapnels in my body and all of these entered through the front because I was running towards the enemy rather than running away from them.”

At once, the entire audience broke into an applauce and the studio reverberated with the chant of “Bharat Mata Ki Jai”. Major Singh added: “A true soldier fights for his nation.”

Later, the Major and Aamir Khan played a round of the quiz show. Aamir won Rs 50 lakh, but he then chose to use the second lifeline, 50:50, for the Rs 50 lakh question. But he couldn’t play on because the time was up.

The original question was: Which of these pairs of Indian presidents have presented the Bharat Ratna to each other? And the options given were: S. Radhakrishnan-V.V. Giri, V.V. Giri-Zakir Hussain, Zakir Hussain-Pratibha Patil and Rajendra Prasad-S. Radhakrishnan

Tags: 73 shrapnels in my bodykargil war veteran on kbc
No Result
View All Result