‘I have a degree’: Newly married Nobel laureate Malala celebrates her Oxford graduation 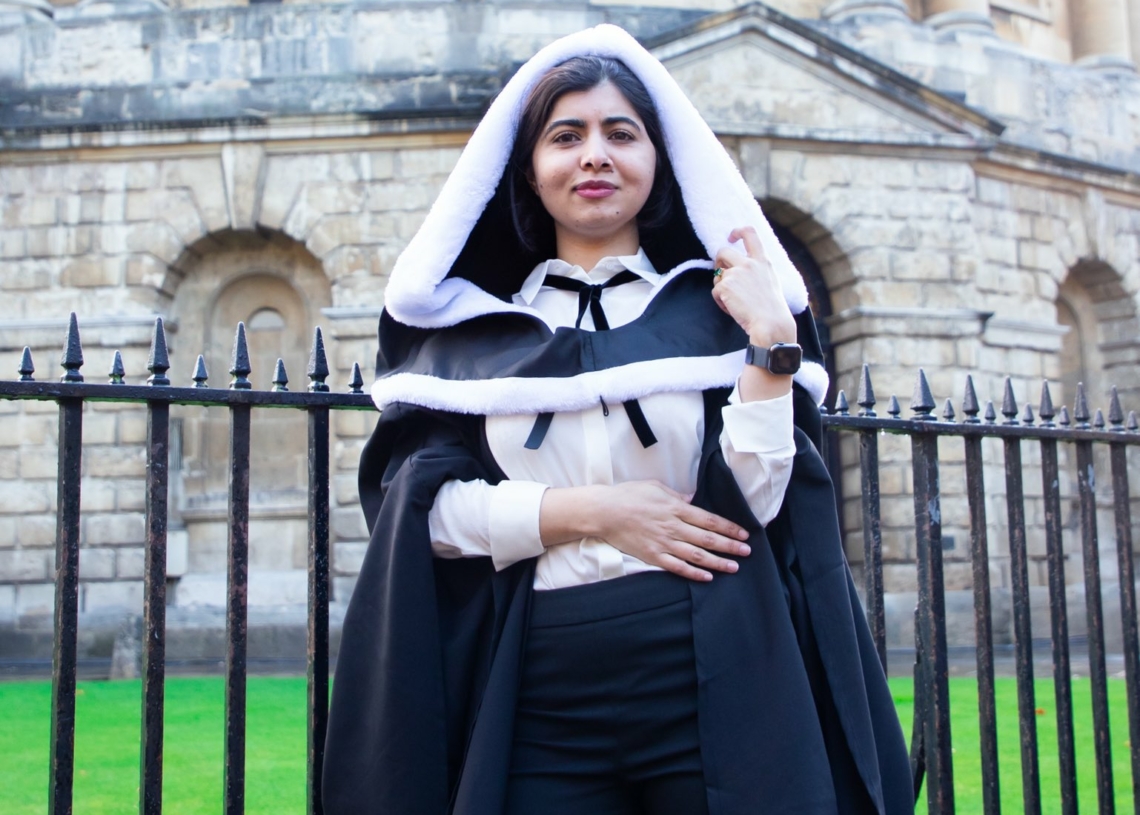 Nobel laureate Malala Yousafzai has graduated from the University of Oxford, earning a degree in philosophy, politics, and economics.

Malala graduated from the esteemed institution back in May 2020, but due to the ongoing pandemic, the graduation ceremony had to be postponed. Taking to Twitter, the young human rights activist posed in the customary graduation robe, and cap with family and friends.

In the caption, the human rights activist wrote, “Some Latin was said and apparently I have a degree.”

Equally participating in the graduation euphoria was her husband, Asser Malik. The couple smiled with glee before the camera.

The proud husband also took to Instagram to share a post of his own, writing in the caption: “The place we first met felt a little more special on Malala’s graduation day”

They were also joined by Malala’s parents Ziauddin Yousafzai and Toor Pekai Yousafzai.

Asser and Malala got married recently, in a private nikkah ceremony in the UK, with only close friends and family in attendance.

In an article for Vogue, the activist revealed that she had “questioned the patriarchal roots of the institution, the compromises women are expected to make after the wedding, and how laws regarding relationships are influenced by cultural norms and misogyny in many corners of the world”.

“I feared losing my humanity, my independence, my womanhood – my solution was to avoid getting married at all. My conversations with my friends, mentors, and my now partner Asser helped me consider how I could have a relationship – a marriage – and remain true to my values of equality, fairness, and integrity,” she wrote in the article dated November 11.

The couple met in the summer of 2018, when “Asser was visiting friends at Oxford”.