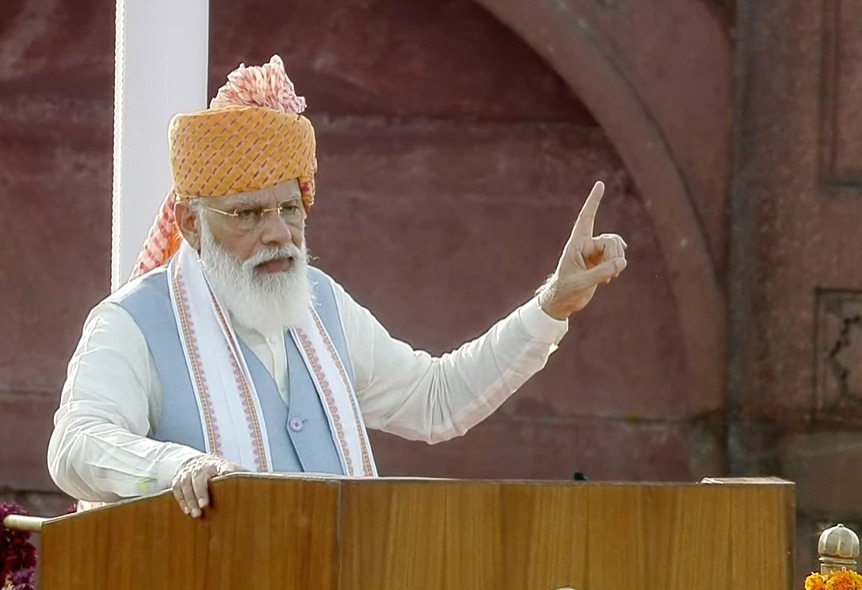 Prime Minister Narendra Modi said on Sunday that preparations are underway for holding assembly elections in the future in Jammu and Kashmir, where development is now visible on the ground.

”Giving fair opportunities to the potential of all, this is the real spirit of democracy. Be it Jammu or Kashmir, where the balance of development is now visible on the ground.

”The Delimitation Commission has been constituted in Jammu and Kashmir and preparations are on for holding assembly elections in the future,” the prime minister said while addressing the nation from the ramparts of Red Fort on the occasion of 75th Independence Day.

He also referred to the abrogation of Article 370 and said holding the first-ever District Development Council polls in J-K reflects the country’s determination.

Talking about Ladakh, which was carved as a Union Territory after the bifurcation of Jammu and Kashmir, he said it is also progressing towards its limitless possibilities of development.

”On the one hand, Ladakh is witnessing the creation of modern infrastructure, while on the other hand ‘Sindhu Central University’ is also going to make Ladakh a centre of higher education,” he said.

Modi said that whether it is eastern India, the North-East, Jammu and Kashmir, Ladakh including the entire Himalayan region, or the coastal belt or tribal region, they will become the base for India’s development in the future.