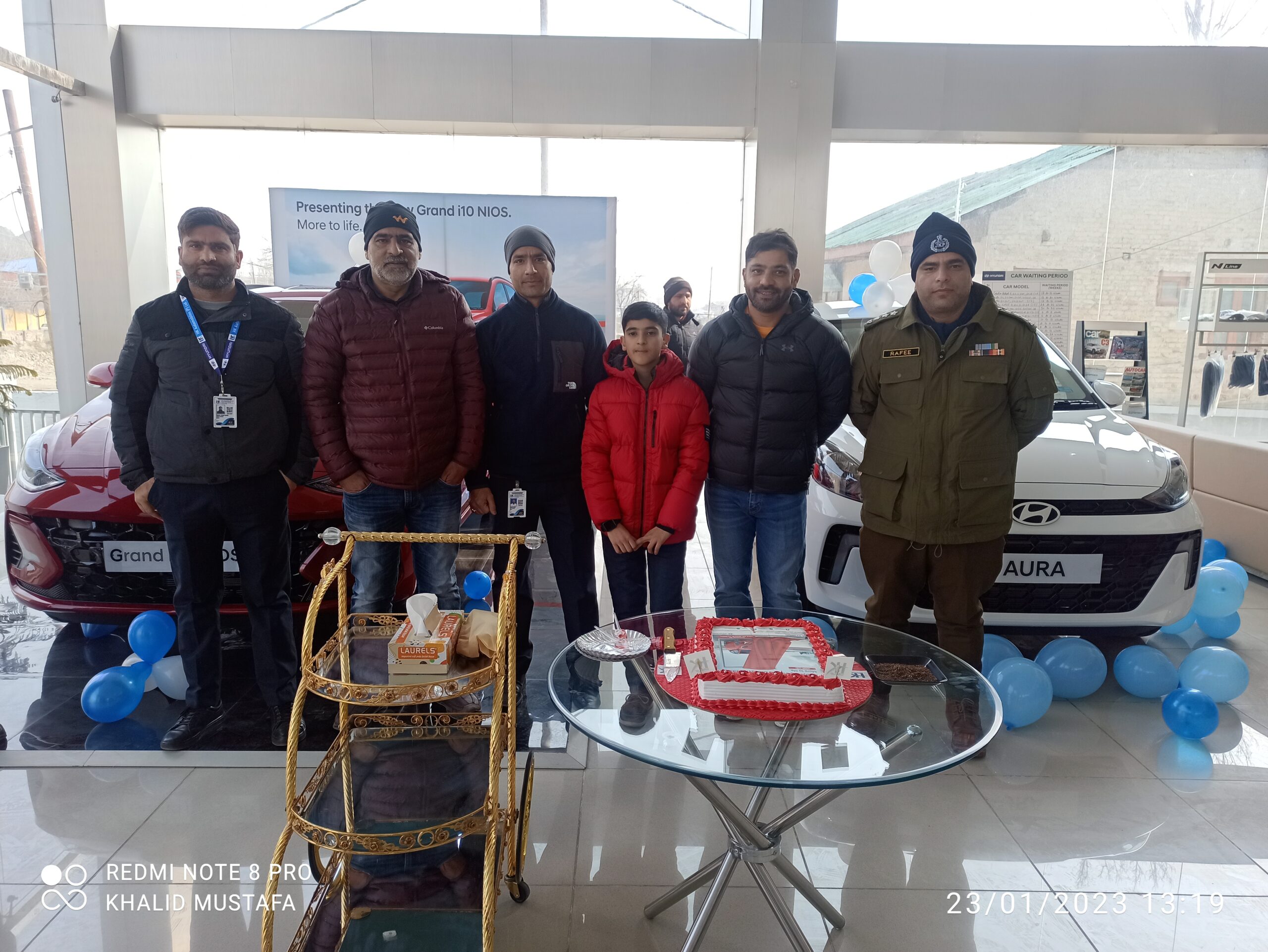 Add more to life with the new Grand i10 NIOS, It’s the new definition of a perfect sync between exuberant design and advanced technology, that brings smart ease to your life. The new Grand i10 NIOS is an irresistible combination of cutting-edge technology, slick performance, and thoughtful safety for the young and restless. It is a driving force calling you to step in, stand out and add more to life.

How to Find Your Ideal Mutual Fund?

The new Hyundai AURA – Feel the pride, captivating at first glance, the new Hyundai AURA is an embodiment of flair crafted with perfection. Revel in its enticing presence and breathtaking modern stance. Stand out in the crowd and enhance your family’s style quotient to a new high.

Both the cars were unveiled by Mr. Rafee (DySP Traffic Police Srinagar) in presence of Mr. Umar Yaqoob Mir (Managing Director, HK Hyundai Srinagar). Style meets sophistication in the new Grand i10 NIOS. The new Grand i10 NIOS is a flamboyant expression of refreshing design and agility. The interior of the Hyundai AURA combines modern aesthetics with contemporary craftsmanship. It is meticulously designed to optimise the space to give the occupants more room and make long journeys as comfortable as short hops across the city, “said Mr. Umar Yaqoob Mir (Managing Director).

The price of Hyundai Aura starts at Rs. 6.29 Lakh and goes upto Rs. 8.57 Lakh. Hyundai Aura is offered in 7 variants – the base model of Aura is E and the top variant Hyundai Aura SX CNG which comes at a price tag of Rs. 8.57 Lakh. The updated hatchback (Grand i10 NIOS) is available in four variants: Era, Magna, Sportz and Asta, priced from Rs 5.69 lakh (ex-showroom). The Grand i10 NIOS facelift receives a redesigned front grille and bumpers as well as Y-shaped LED daytime running lights. The car also gets a reworked rear end featuring new wraparound taillights and what appears to be a reflective strip in the centre. It rides on new 15-inch dual-tone alloy wheels, “Said Mr. Shabir Baba (General Manager).