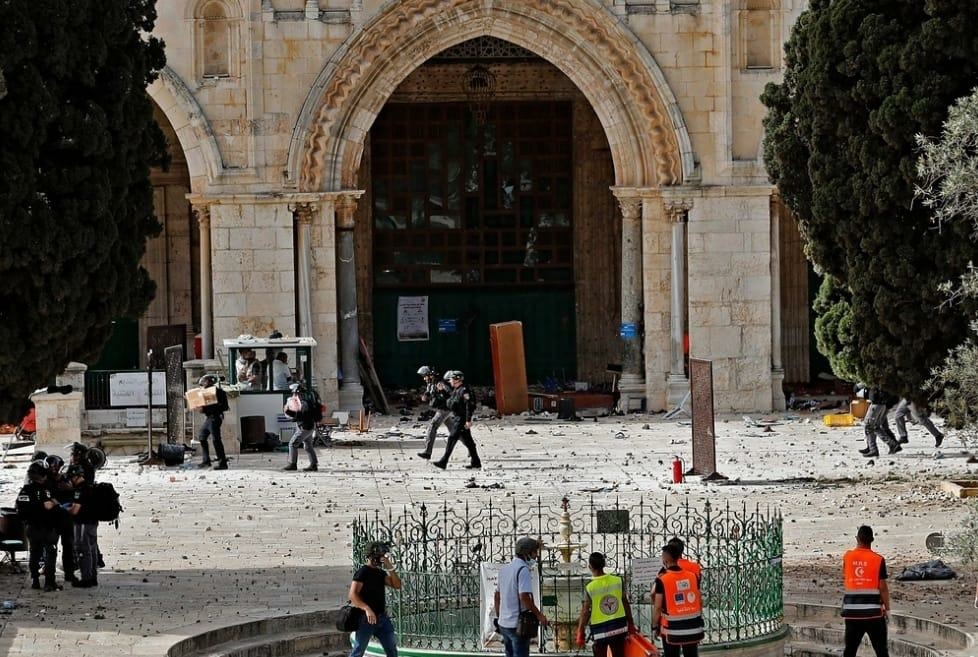 The Palestinian Red Crescent Society, according to news agency Reuters, said more than 275 Palestinians were injured in the violence, and at least 205 of them were taken to hospitals.

Several of the Palestinians were in critical condition and police said 12 officers were injured, the report added.

Al Jazeera English reported that the latest violence comes as occupied East Jerusalem braces for a planned Jewish nationalist march through the city later on Monday.

“The annual Jerusalem Day Flag March marks the day East Jerusalem was occupied in 1967 and later annexed by Israel – in a move not recognised by the majority of the international community. It usually sees young Zionist activists walk through Palestinian areas in the Old City and East Jerusalem neighbourhoods in provocation,” the report said.