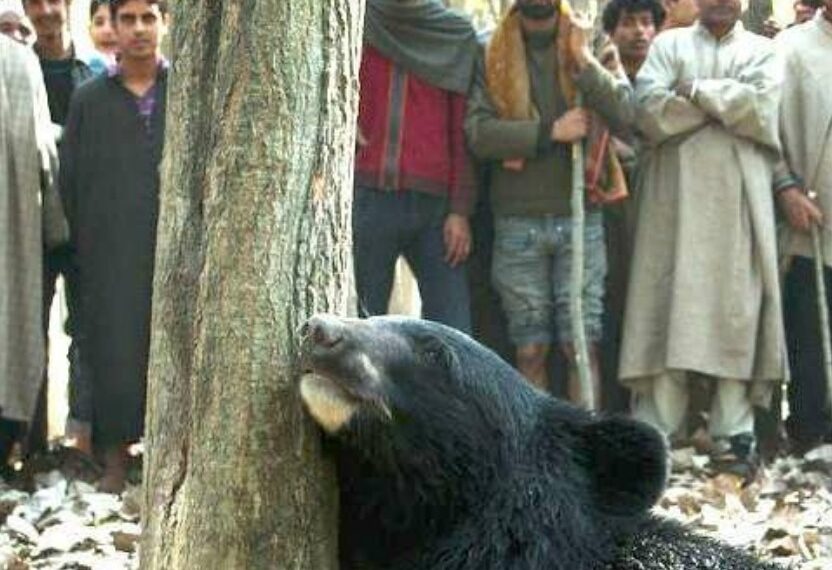 “Recently, we held a workshop in which the increasing human-animal conflicts were discussed. We suggested creating a joint control force comprising different wings including the forest protection force, forest department, and wildlife department. When we will have ample force on the ground, the incidents of conflicts will be limited,” Suhail Ahmad Wagay, Wildlife Warden (technical) told The Kashmir Monitor.

The department has also launched a new research project to assess the reasons behind the growing human-animal conflict in Jammu and Kashmir.

Title `Man-animal conflict with respect to common leopard and Asiatic and black bear in semi-urban and urban areas’, the project is funded under Compensatory Afforestation Fund Management & Planning Authority (CAMPA).

Notably, urban and semi-urban areas have witnessed the increased movement of wild animals and attacks on humans in recent years.

“We are preparing to begin the project and fellows will be engaged to gather information about the human-animal conflict. It is basically a long-term conservation effort by the department,” she said.

Charoo said under this project, facts about the movement of wild animals particularly leopards and bears in populated areas will be examined.

“We will try to ascertain the reasons behind the encounters. Our researchers will dig the whole data to know the factors behind such incidents,” she said.

Wagay said the project is being implemented in view of the increased cases of man-animal conflict within the valley.

In Kashmir, the man-animal conflict has increased over the last few years with children becoming the soft target.

In 2018, eight persons were mauled to death. It increased to 11 the following year. The next two years saw five and nine deaths, respectively. So far this year, 12 deaths have been reported. Most of the victims were minors.