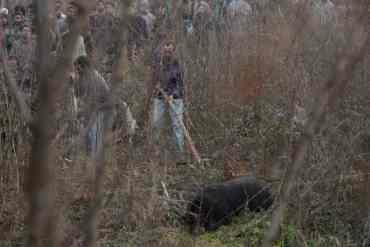 Srinagar:  Nearly 200 people lost their lives and over 2,000 were injured in the human-animal conflict across Jammu and Kashmir since 2011.

Official document available with The Kashmir Monitor reveals that nearly 200 people lost their lives and over 2,000 were injured in the man-animal conflict across Jammu and Kashmir since 2011.

Out of the total figures of deaths and injuries, Kashmir reported 118 deaths and 1877 injuries while the Jammu region reported 78 deaths and 448 injuries.

Realizing that the incidents happened due to the loss of their habitat, the Centre released Rs 573.06 lakh during the last three years to restore their habitat and natural water bodies, creation of artificial waterholes, augmentation of food/fodder sources in Protected Areas, construction/erection of barriers such as solar-powered electric fences, bio fencing using cactus, boundary walls, animal-proof trenches, etc.

As per the document, Rs 492.43 lakh were released to Jammu and Kashmir in 2018-19 under the ‘Development of Wildlife Habitats’ scheme by the Centre.

In 2019, Jammu and Kashmir received no funds under the scheme, while Rs 80.63 lakhs were released in 2020-21 for developing habitat for the wild animals.

From artificial feeding to creating buffer zones, the wild life department officials said they are taking various measures to restrict such incidents.

The department has operationalized 22 control rooms under five wildlife wardens to process and react to alerts of animals attacks.

The current witnessed some of the gruesome encounters between humans and wild animals, which shocked the entire valley. Earlier in June, a four-year-old girl was mauled to death by a leopard in Ompora area of central Kashmir’s Budgam district while she was playing on her lawn.

A month later in July, a three-year-old girl was attacked by the leopard when she was alone in their family car. Her parents had left her in the car before going for some work. The leopard pounced on her and took her away from the car near Zazuna fruit mandi.