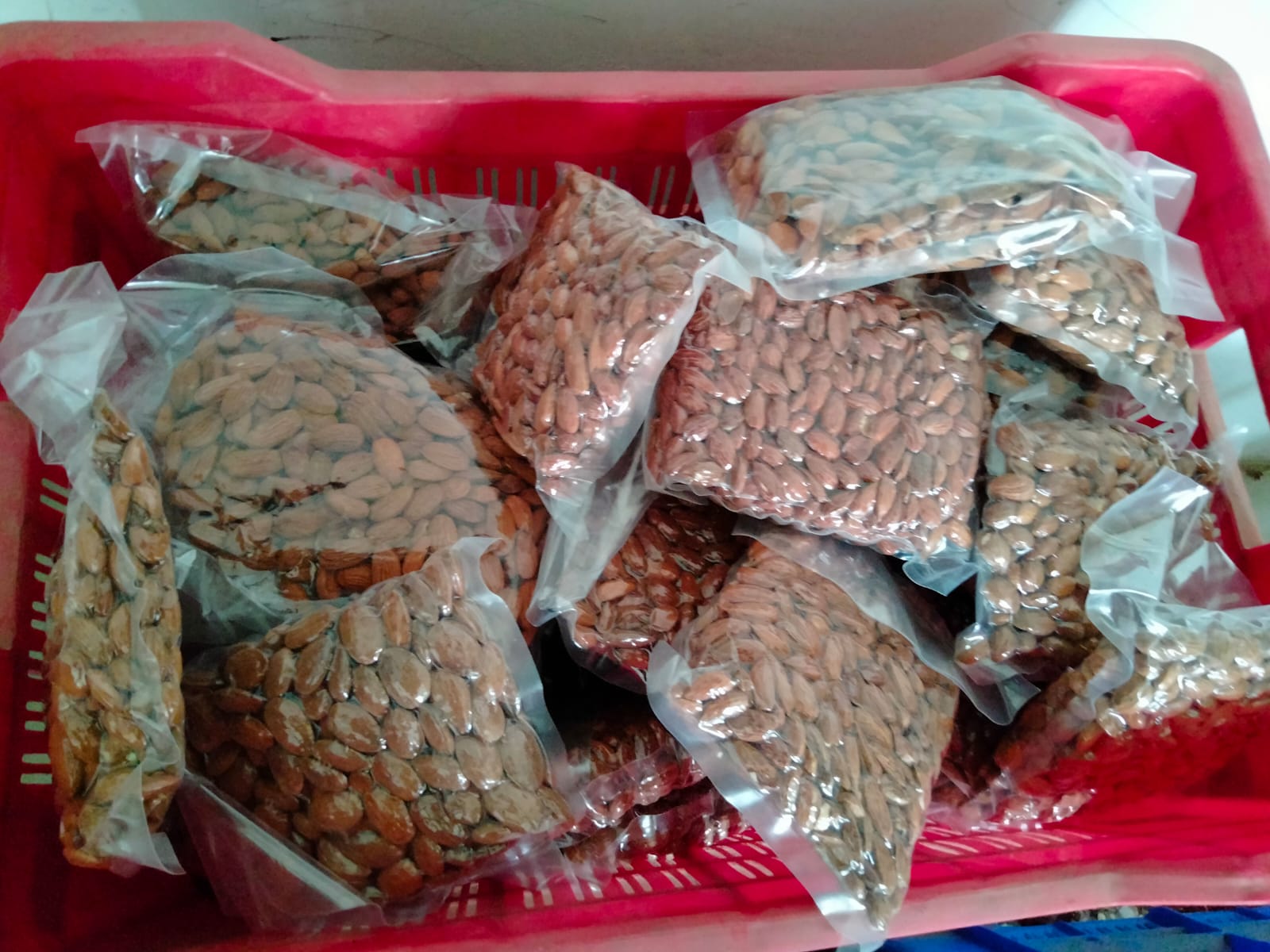 Technology has come in handy to add value and save Kashmir’s fledgling dry fruit industry.  From sorting to grading and from packing to marketing, technology has revolutionized the sector that was battling the influx of foreign varieties.

“Earlier, people were sending products to markets randomly. It was not fetching the right price and as a result, farmers were incurring losses. We started this unit with the intention to add value to our dry fruit products. Thanks to Almighty, we have made some inroads in the market across the country,” said Yasir Showkat Wani, who co-owns Kesari Dry Fruit Industries, Zadoora.

Kashmir’s dry fruit industry has been gasping for breath. For the fifth straight year, the walnut rates dropped by almost 50 percent in 2022. It is despite the fact that the local walnut is organic and has high nutrients compared to Chinese and Californian varieties. Walnut kernel was selling at Rs 200 to Rs 800 per kg.  A few years before, it was trading at Rs 1200 per kg. Similarly, the rates of shelled walnut range from Rs 120 to Rs 200 per kilogram.  In 2016-17, a kilogram of shelled walnut would sell at Rs 270- 400.

“We are trying to make our presence felt. We have brought machines and are mechanically sorting, grading, washing, and even packing our products. For example, if a kilo of the almond kernel was selling at Rs 100, after our processing, it sells at Rs 150. It is not only benefiting us but also helping Brand Kashmir to soar high. Plus we save a lot of time. What we used to do in a month can be done in a day, thanks to machines and our employees,” said Yasir.

Kashmir produces 2.75 lakh metric tonnes of walnuts, which is over 90 percent of the total production of the country. More than 89000 hectares of land are under walnut cultivation in the valley. India ranks eighth in walnut production in the world.

“We export 30,000 kilos each of almond and walnut kernels to different states annually. We have 30 to 40 employees and most of them are girls. Plus our unit is providing employment indirectly to several people including transporters,” said Yasir.