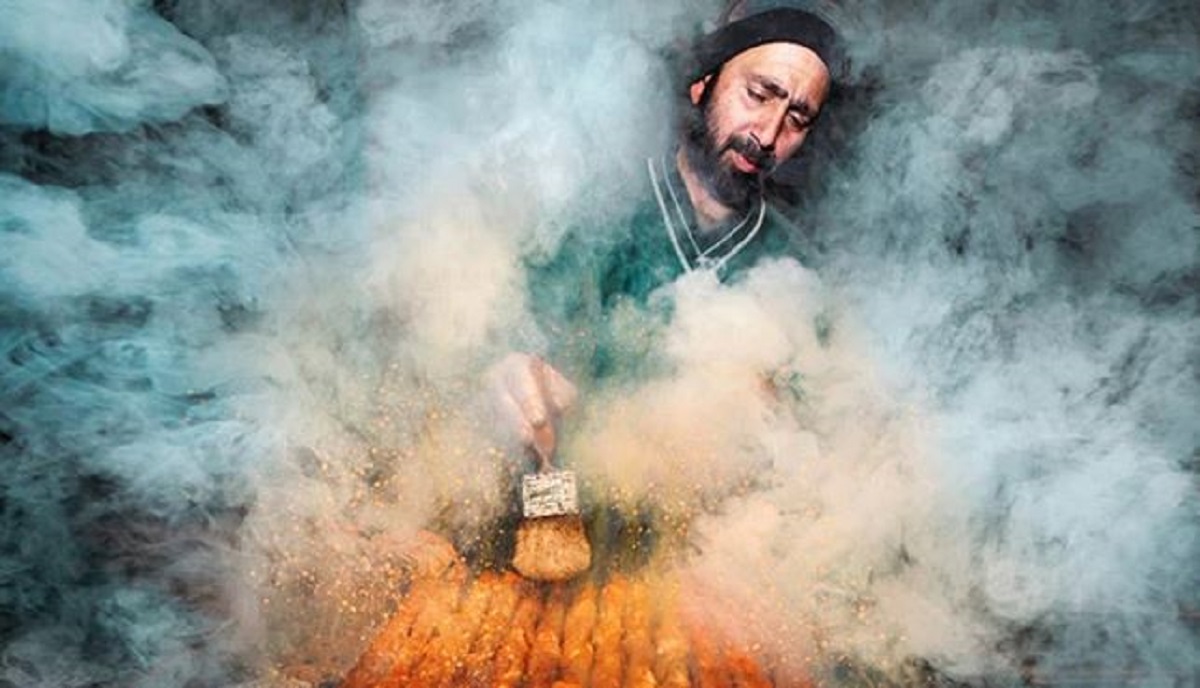 ‘Khayam Chowk’ in Srinagar has, over the years, earned the title of being the city’s ‘food street’. The aroma of spice-filled smoke billowing from dozens of charcoal-oven barbecues, confirms that the title is well earned.

Just a few years ago, this street had only one ‘Seekh Kebab’ shop and today there are over a dozen such eateries spread on the two sides of the street where a major private hospital is located.

“Seekh Kebabs, mutton kantis, tandoori chicken, fish, butter chicken, all these delicacies are available with us,” said Bilal, who runs one of the non-vegetarian food shops in Khayam Chowk.

Khayam Chowk comes to life especially during Ramzan when the local Muslims break their fast at iftar. Locals throng the street to have their choice of non-vegetarian specialities.

While many of them eat inside the shops, others take the items home. It is often difficult to negotiate your passage through the busy food street in the evening.

The sound of sizzling kebabs and mutton kantis being roasted over simmering charcoal fire is irresistible for the connoisseurs of tasty food.

“I have been coming to this place for the last three to four years. Each time I visit the place, there is a new eatery. Even old garment shops in the street have now been converted into non-veg eateries. This is one destination for everyone who loves tasty, mouth-watering food after a day’s hard work,” said Bashir Ahmad, a regular customer at one of the many food shops.

Fish shops are a rather new addition to this food street. Fish brought in from outside Jammu and Kashmir is sold at these shops.

Indian photographer Debdatta Chakraborty has been named the winner of the Pink Lady Food Photographer of the Year 2022 for an image of a seekh kebab seller here.

In the image titled ‘Kebabiyana’, the vendor is seen working at a smoke-filled food joint.

When the ‘Khayam’ cinema was shut down in this market square because of militant violence in early 1990s, Khayam Chowk lost its hustle and bustle. Then the cinema was turned into a hospital and slowly saw the crowd returning as eateries were established around it.

Thanks to the street turning itself into a foodie’s paradise, life has once again returned to Khayam Chowk.

“The way to a man’s heart is through his stomach.” Those who doubt the adage, need to visit this food street at least once.