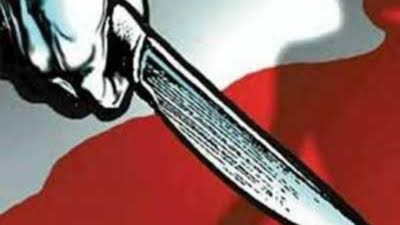 .Rajendra B. Gaikwad, 35, has been nabbed on charges of killing his wife Jyoti, 31 — both hailing from Nanded and working for MNCs in Phursungi area of the city.

The couple, married in November 2020, had a six-month-old infant daughter who has been handed over to the victim (Jyoti)’s family for care, said a police official.

According to locals and the landlord, the Gaikwad couple had a huge quarrel and in an apparent fit of anger, Rajendra grabbed a kitchen knife and allegedly slit Jyoti’s throat at home.

Jyoti, who delivered a baby girl in June at her home in Nanded had returned to their flat in Ganganagar, Pune on Sunday, but her husband accused her of cheating on him and refused to accept their daughter.

A lawyer and the victim’s sister Ganga S. Kshirsagar lodged a complaint with the Hadapsar Police claiming that her brother-in-law (Rajendra) constantly harassed and tortured her sister (Jyoti) for six months, raised questions about her character, and allegedly made demands of dowry and her monthly salary.

Rattled after the killing, Rajendra called the house owner, who in turn informed the Hadapsar Police of the tragedy which sent shockwaves in the city.

“We have lodged a case of murder and other charges based on the police complaint and preliminary probe. Further investigations are underway. The baby girl has been handed over to the victim’s relative for care,” said an official of Hadapsar Police Station.