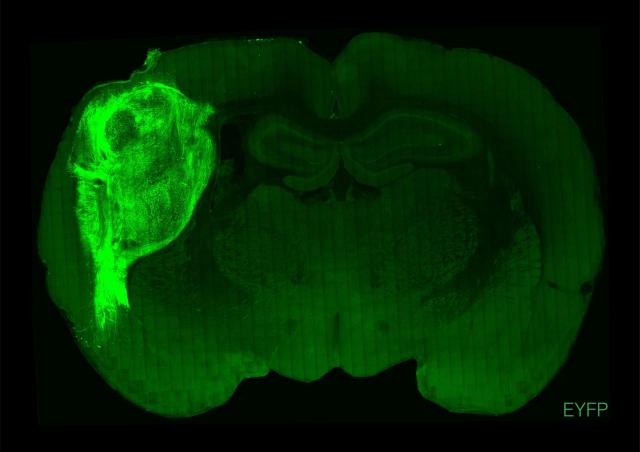 A new study has rekindled hope for patients suffering from schizophrenia and autism after scientists implanted human brain cells into newborn rats, opening up a new avenue for the investigation to treat psychiatric conditions.

“Many disorders such as autism and schizophrenia are likely uniquely human but the human brain certainly has not been very accessible,” said Dr. Sergiu Pasca, senior author of a study describing the work, published in the journal Nature.

More than a dozen different brain areas have already been assembled in small parts by scientists using stem cells in Petri dishes. “However neurons don’t grow to the size which a human neuron in an actual human brain would grow,” said Sergiu Pasca, the study’s lead author and professor of psychiatry and behavioral sciences at Stanford University.

They are unable to articulate the signs and symptoms that a defect will exhibit in isolation from a body. Scientists put organoids—collections of human brain cells—into the brains of young rats to get past these limitations.

The age of the rats was crucial since human neurons have previously been implanted into adult rats; however, since an animal’s brain stops maturing at a certain age, the ability of implanted cells to integrate is constrained.

“By transplanting them at these early stages, we found that these organoids can grow relatively large, they become vascularised (receive nutrients) by the rat, and they can cover about a third of a rat’s (brain) hemisphere,” Pasca said.

Air was blown across the rats’ whiskers, causing electrical activity in the human neurons, to see how effectively they integrated with the rat brains and bodies. That demonstrated an input connection since the human brain tissue responded to external stimulation of the rat’s body.

The rats were trained to expect a “prize” of water from a spout when blue light shone on the neurons via a cable in the animals’ skulls after scientists inserted human brain cells modified to respond to blue light.

According to a study published on October 12 in the journal Nature, after two weeks, pulsing the blue light caused the rats to rush to the spout. The team has now demonstrated using this technique that organoids derived from Timothy syndrome patients grow more slowly and exhibit less electrical activity than organoids derived from healthy individuals.

But, according to Pasca, it is morally required to develop new approaches to understanding and managing psychiatric diseases. Psychological conditions that affect people are largely unique to humans. Therefore, scientists must carefully consider how far they want to take some of these models in the future, he said.