Hopes galore for Indians: Canadian military to recruit expats who are permanent residents 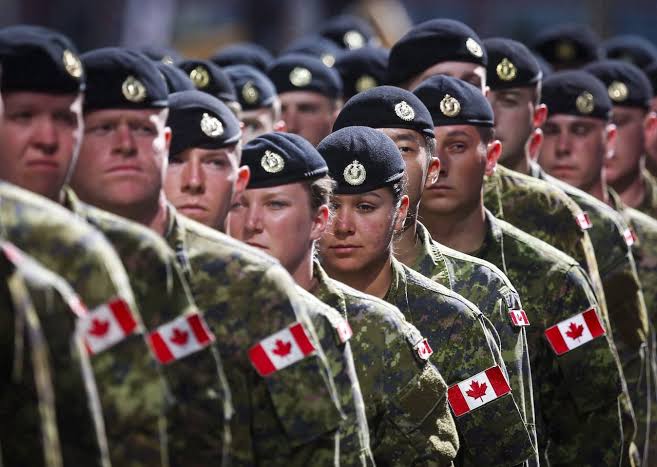 Toronto: The Canadian Armed Forces (CAF) has announced that permanent residents, which includes a large chunk of Indians, are now eligible to join the military.

The announcement came close to Remembrance Day, amidst reports that the Canadian military is struggling to recruit new members to fill thousands of vacant positions.

As of 2021, there were more than eight million immigrants with permanent residents living in Canada – roughly 21.5 percent of the total Canadian population.

In the same year, nearly 100,000 Indians became permanent residents of Canada as the country admitted a record 405,000 new immigrants in its history.

As per data, Canada is likely to welcome more than a million new permanent residents between 2022 and 2024, which drastically widens the pool of candidates the military can choose from.

Permanent residents were previously only eligible under the Skilled Military Foreign Applicant (SMFA) entry programme, which was “open for individuals… that would reduce training costs or fill a special need… such as a trained pilot or a doctor,” according to the Royal United Services Institute of Nova Scotia, a non-profit body.

The Department of National Defence (DND) is expected to make a formal announcement in the coming days regarding the change to the policy, the CIC News reported.

In March, Canadian Defence Minister Anita Anand said that the CAF needs to grow amid the changing global geopolitical landscape triggered by Russia’s invasion of Ukraine.

In September, the CAF sounded the alarm over a severe shortage of recruits to fill thousands of vacant positions

Recently, the Royal Canadian Mounted Police (RCMP) announced that they’re changing their “outdated recruitment process” to allow permanent residents, who have lived in Canada for 10 years, to apply.

Immigration targets have shot up in Canada with nearly a quarter of the population aging out of the workforce by 2030.

The shortage is made more acute by the gradual rise in the number of deaths and the relatively low fertility levels in Canada.

In such a scenario, immigrants become prime candidates for the military as they typically arrive in Canada during their younger working-age years where they are likely to be more physically active, according to immigration expert.