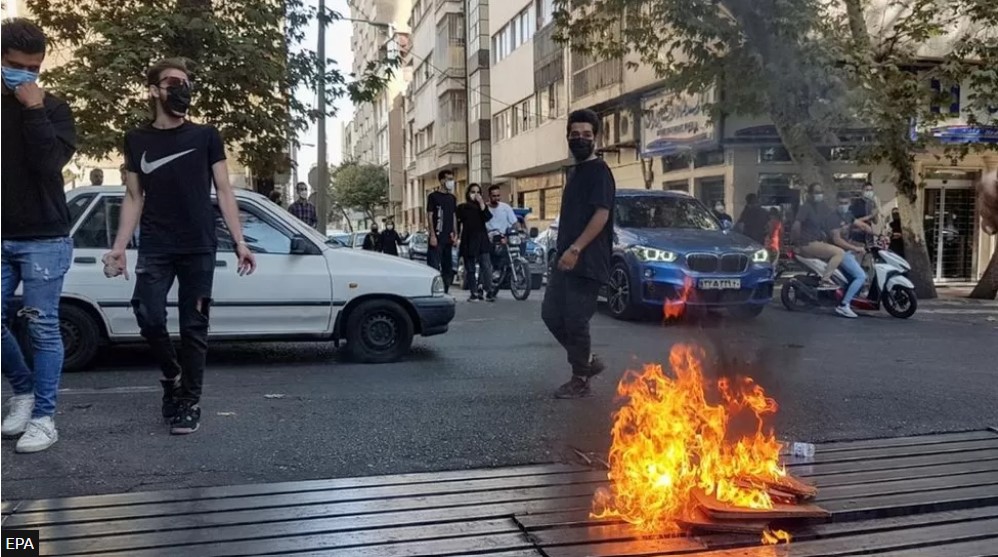 United Kingdom said has sanctioned senior Iranian security officials of `Morality Police’ for cracking down on protestors in Iran.

Protests have rocked Iran after the custodial death of 22-year-old Mahsa Amini.

The UK said it had sanctioned the morality police in its entirety, as well as both its chief Mohammed Rostami Cheshmeh Gachi, and the Head of the Tehran Division Haj Ahmed Mirzaei.

“These sanctions send a clear message to the Iranian authorities – we will hold you to account for your repression of women and girls and for the shocking violence you have inflicted on your people,” Foreign Secretary James Cleverly said in a statement.

Iranian authorities have described the protests as a plot by Iran’s foes, including the United States.

She was arrested in Tehran by the morality police on 13 September for allegedly not wearing her hijab ‘correctly’.

Amini went into a coma in detention and died at a hospital in the Iranian capital.