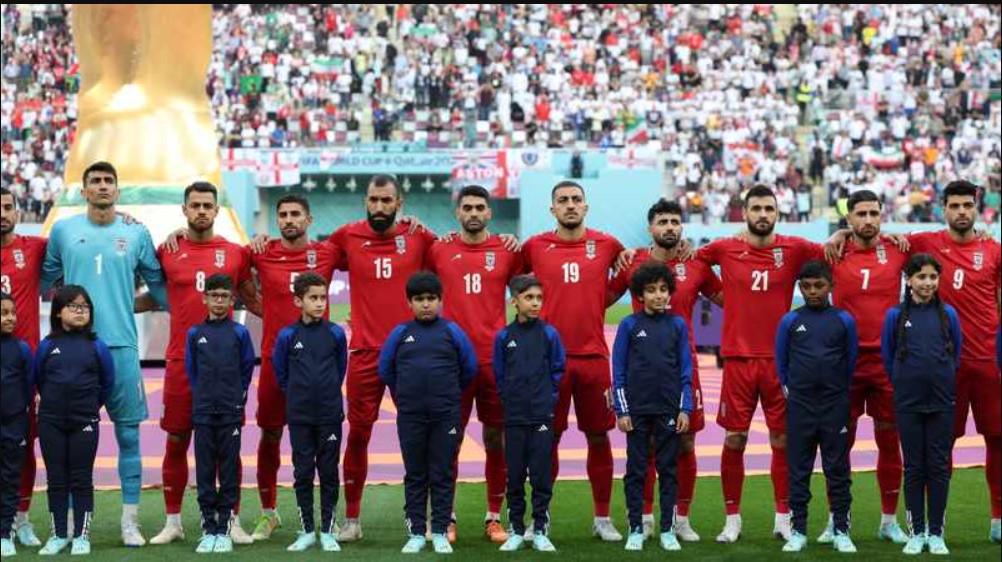 The Iranian government is mulling action against its football team for not singing the national anthem during a World Cup opening game against England.

All of the 11 players stood silent during the playing of the national anthem at Khalifa International Stadium in Ar-Rayyan.

Some Iranian fans at the match held banners with the slogan “Women, Life, and Freedom”, one of the main slogans of the ongoing popular uprising in Iran.

Tehran city council’s chairman Mehdi Chamran indicated that the team could face repercussions for not singing the anthem.

“We will never allow anyone to insult our anthem and flag. Iranian civilization has a history of several thousand years, this civilization is as old as the total of European and American civilizations,” he said.

A conservative member of parliament from Kurdistan also criticized the team, saying that players should be replaced with those who would agree to sing Iran’s national anthem.

Several Iranian sports stars and celebrities have voiced their support for the protests in Iran, and have been punished by the Iranian government.

These include football legend Ali Daei, whose passport was seized by the authorities after he criticized the ‘repression’ against demonstrators protesting against the government.

ran has been rocked by protests by angry women and students after 22-year-old Iranian-Kurdish Mahsa Amini died in custody after she was arrested by the ‘morality police’ for allegedly improperly wearing a headscarf.

According to the Human Rights Activists News Agency (HRANA), 381 people were killed in the recent protests, including 57 minors. The agency said that it also witnessed the killing of 50 security personnel, in addition to the arrest of 16,088 people.