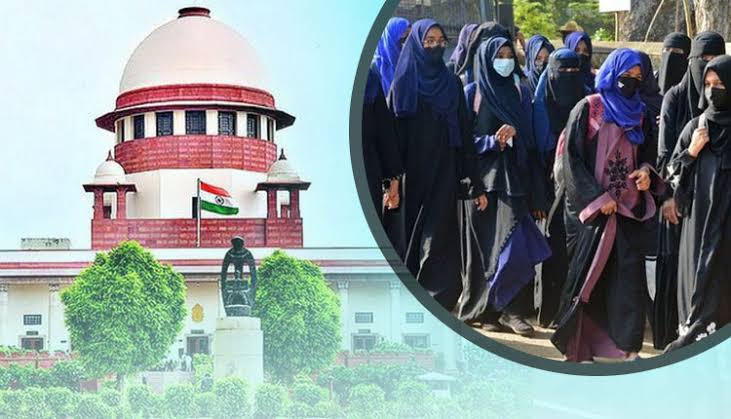 New Delhi:  The Supreme Court on Thursday delivered a split verdict on a clutch of petitions challenging the Karnataka government’s February 5 order, prohibiting the wearing of hijab inside classrooms in pre-university colleges.

The judgment was delivered by a bench comprising Justices Hemant Gupta and Sudhanshu Dhulia.

Justice Dhulia said the main thrust of his judgment was that the entire concept of essential religious practice was not essential to the dispute and the high court took a wrong path. “It (wearing of hijab) is a matter of choice, nothing more and nothing less,” said justice Dhulia. He added that he has quashed the government order of February 5 and has ordered the removal of the restrictions.

Justice Dhulia said what weighed on his mind the most is “whether we are making a girl student’s life better by putting such restrictions when her education is concerned”.

Justice Gupta said that “in view of divergent opinion, let the matter be placed before the CJI for appropriate directions”.

The judgment would mean the restrictions on hijab in classrooms as per the state government’s February 5 order would continue for now.

After 10 days of marathon hearings, on September 22 the top court reserved the judgment for Thursday. The bench heard the arguments from the counsels representing the state government, teachers, and the petitioners, who moved the apex court challenging the Karnataka High Court verdict refusing to lift the ban on hijab in educational institutions of the state.