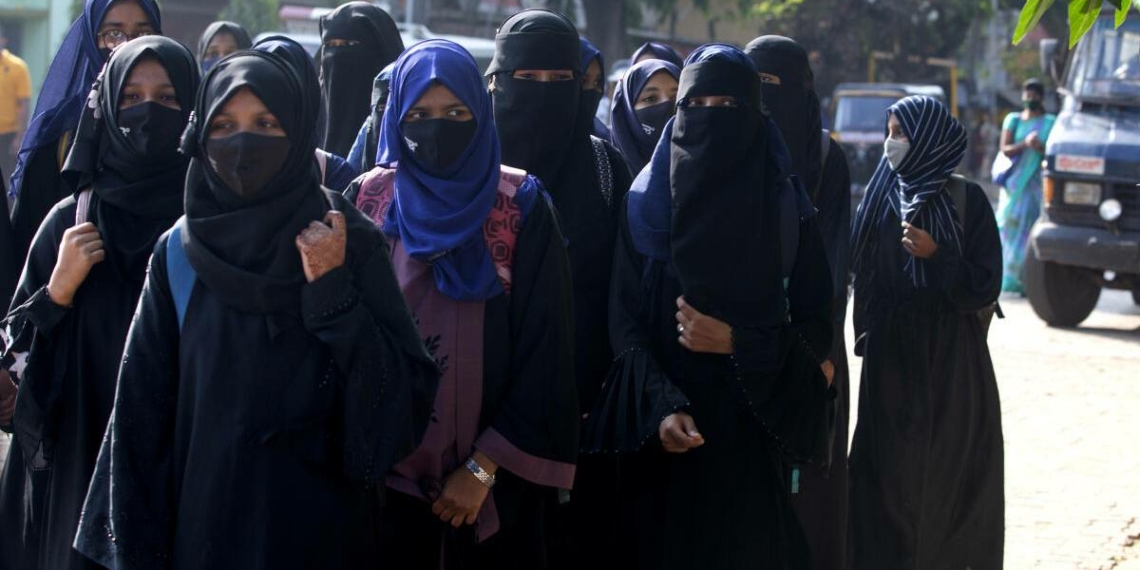 Bengaluru: Karnataka High will pronounce its judgment on the hijab ban case on Tuesday.

Fearing a law and order problem, the state government has banned large gatherings for a week in state capital Bengaluru “to maintain public peace”.

They said hijabi is protected under the religious freedoms granted by the constitution. They said no college development body is authorized to take a call on whether it can be banned in view of a public order violation.

Karnataka government told the court that there is no restriction on wearing hijab in India. However. there is a reasonable restriction subject to institutional discipline.

In a tit-for-tat move, a section of students turned up in saffron scarves, arguing they were also linked to religious identity. Dalit students adopted blue to show support for the hijab.

The single judge bench which initially heard the case referred it to a larger bench.