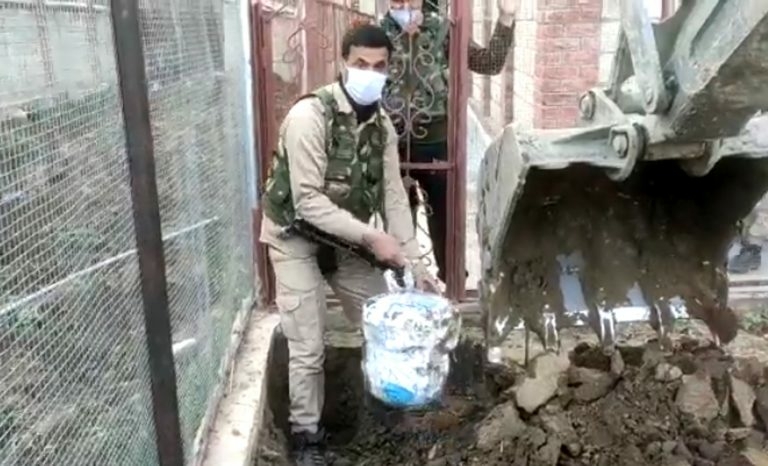 The accused Farooq Ahmad Baht, resident of Marhama was apprehended after the police received information about him.

In a statement, the police said that 10 bottles of codeine were seized from his possession, after which an FIR was filed under the Narcotic Drugs and Psychotropic Substances Act at Bijbehara police station.

On further questioning, Baht revealed the name of one of the dealers, Mohd Ashraf Khan of Tulkhan village, from whom he had been procuring the drugs.

Thereafter, a team of police officers from Bijbehara station, along with the executive magistrate, rushed to the disclosed spot. While searching the house and the courtyard of Khan, the police recovered 34.7 kgs of charas powder, 80 bottles of codeine and 4,500 capsules of Spasmo-Proxyvon.

All these drugs were concealed in an underground hideout and also beneath the earth in the courtyard of the accused, the police said. The courtyard was then dug out with an excavator to recover the drugs. All accused have been arrested.

Earlier this month, a similar hideout was discovered by the police from which large quantities of drugs were recovered.