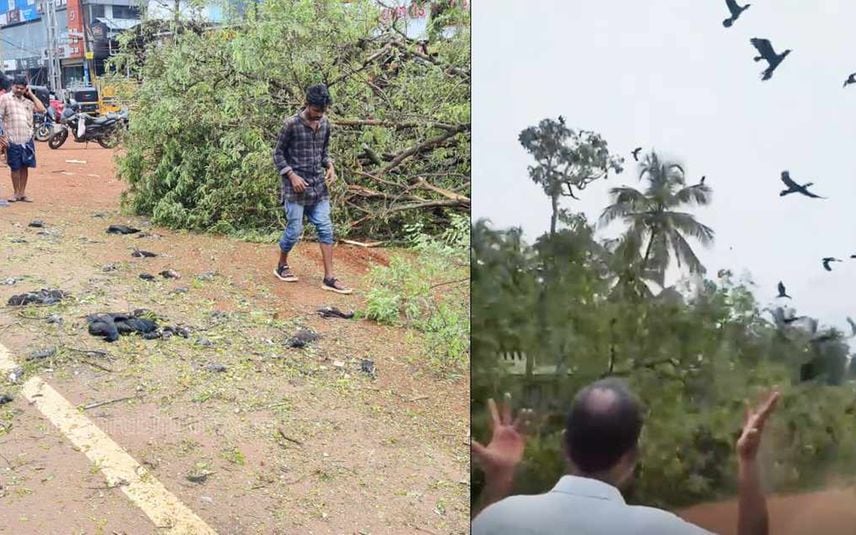 In a heart-wrenching video that has gone viral on social media, a tree is being uprooted by a JCB and as it falls several birds nesting on it crashing on to the concrete road killing dozens of them.

The video that IFS Surender Mehra recently posted has gone viral. On social media, the video has received a lot of attention. A JCB truck is shown in the viral video destroying down a tree. An enormous tree is seen being fallen by an excavator in the footage, which was captured during the first week of August. A flock of birds can be seen fleeing away from the tree as it comes down.

Unfortunately, several of them were smashed to the ground, killing numerous birds. IFS Mehra hoped that the concerned authorities have taken the necessary against it. The video shared by IFS Surender Mehra has received over 64,000 views on social media.

The incident’s footage was also posted by IFS Parveen Kaswan, who expressed disappointment. The incident happened in Kerala’s Randathani area of Malappuram district. According to the minister’s office, NHAI has been asked to provide a report.

According to his office, “the minister has sought strict action against the contractor who was assigned with the project.” The excavator and its driver have been detained by an Edavanna forest officer in the meantime.

Thomas Lawrence, the CEO of the Save Wetlands International Movement, filed a complaint about this with Nithin Gadkari, the Union Minister for Road Transport and Highways, requesting that the offenders be punished. According to Lawrence, Gadkari’s office has agreed to take action after receiving the complaint in this regard.