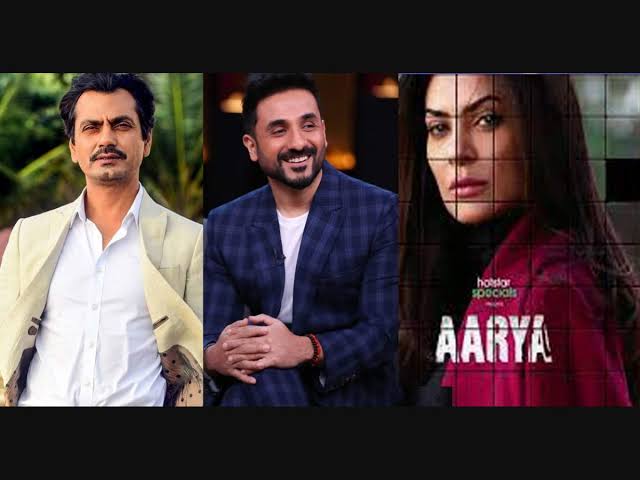 Nawazuddin Siddiqui, Sushmita Sen’s Aarya, and Vir Das were competing for a win at the show but all three lost in their respective categories.

However, as the results were announced none out of the three nominated from India could lap up the award in their respective categories. Nawazuddin had secured a nomination in the best performance by an actor category for his Netflix movie Serious Men. He was pitted against British star David Tennant (Des) as well as actors Roy Nik of Israel (Normali) and Christian Tappan of Colombia (El Robo del Siglo or The Great Heist). Tennant won the International Emmy in this category.

Directed by Sudhir Mishra, Serious Men is an adaptation of author Manu Joseph’s 2010 novel of the same name. It chronicles the story of an ambitious underachiever who capitalizes on his son’s newfound fame as a boy-genius to improve his family’s fortunes.

The film offers a stark commentary on caste discrimination and upper-class privilege through its protagonist Ayyan Mani (Nawazuddin), a Tamil Dalit, who keeps challenging the system which has oppressed people for generations. Sushmita’s Aarya, a Disney+ Hotstar series directed by Ram Madhvani, was nominated in the best drama series category alongside Chile’s El Presidente, Israel’s Tehran and the second season of There She Goes from the UK. Tehran won in this category.

Aarya is an official remake of the popular Dutch crime drama Penoza. The Indian adaptation revolved around Aarya Sareen, played by Sushmita, a happily married woman whose world turns upside down when her husband, pharma baron Tej Sareen (Chandrachur Singh) is shot. Created by Ram Madhvani and Sandeep Modi, Aarya went on to garner acclaim after its debut in June last year. The second season of the show is expected to be released soon.

Vir’s Netflix comedy special `Vir Das: For India’ was nominated in the comedy segment along with popular French show Call My Agent Season 4, Motherland: Christmas Special (The UK), and Promesas de Campana (Colombia). Call My Agent won in this category. Vir has been in news recently for his over his six-minute satire video ‘I come from two Indias’ at the John F Kennedy Centre in Washington DC.

In the video, he touched upon topical issues like the battle against COVID-19, incidents of rapes, farmers protests, crackdown against comedians, and petrol prices. The monologue has been praised by many celebs, politicians, and social media users while also leading to police complaints and criticism against the comedian.

Das later issued a statement saying his comments were not intended to insult the country as he merely wanted to point out that India, despite its issues, was great.