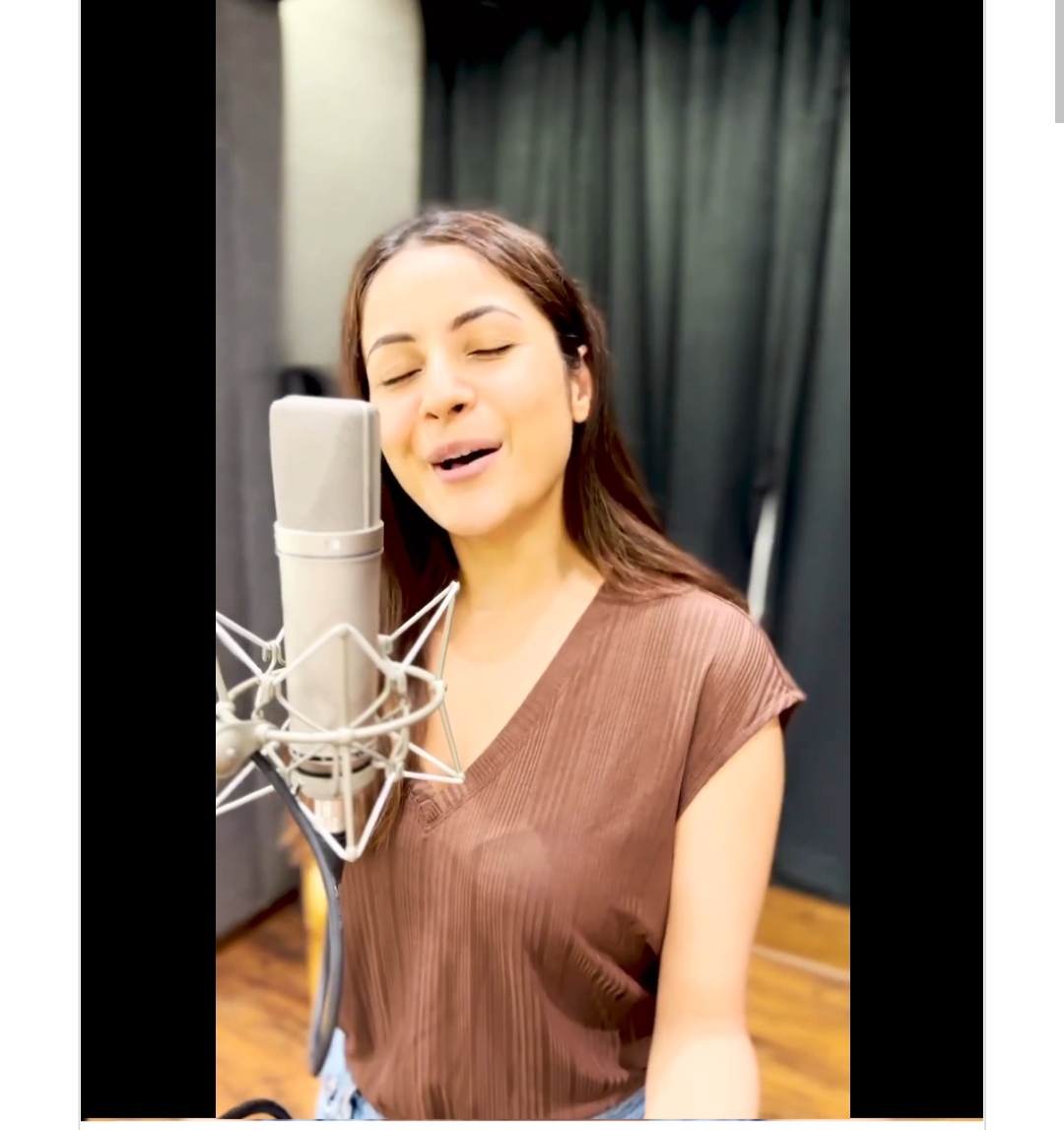 Mumbai: Coming back to groove again, Shehnaaz Gill released another song that took the internet by storm.

She sang the ‘Hasi Ban Gaye’ track from ‘Hamari Adhuri Kahani’ and it has notched over 11 lakh likes on her Instagram page.

In the video, Shehnaaz gives a casual vibe as she was seen wearing a brown top and opting for a subtle makeup look. Along with the video, she posted star emojis.

When she shared the post, fans bombarded the comment section with love and affection and praised her voice.

“May you rise and shine more keeping your purity intact,” said another

Shehnaaz Gill is gearing up for her Bollywood debut. She will be seen in Salman Khan’s Kisi Ka Bhai Kisi Ki Jaan. She has also landed a role in Sajid Khan’s directorial `100%’ with John Abraham and Ritesh Deshmukh. Earlier Shehnaaz said she is doing four to five films not one or two.

She began her modeling career with the 2015 music video, ‘Shiv Di Kitaab’. In 2017, she made her debut as an actress in the Punjabi film ‘Sat Shri Akaal England’ and later starred in ‘Kala Shah Kala’ and ‘Daaka’ in 2019.

Shehnaaz was last seen in ‘Honsla Rakh’ alongside Diljit Dosanjh and Sonam Bajwa.

Shehnaaz gained fame after her stint on Bigg Boss 13. Shehnaaz and Sidharth Shukla got close to each other when they were in the ‘Bigg Boss 13’ house, though they never officially acknowledged being a couple. Sidharth later won the reality show in 2020. He passed away on September 2, 2021.