Hashim Raza, the man who taught people about unpredictability of life, passes away: Read his story in his own words 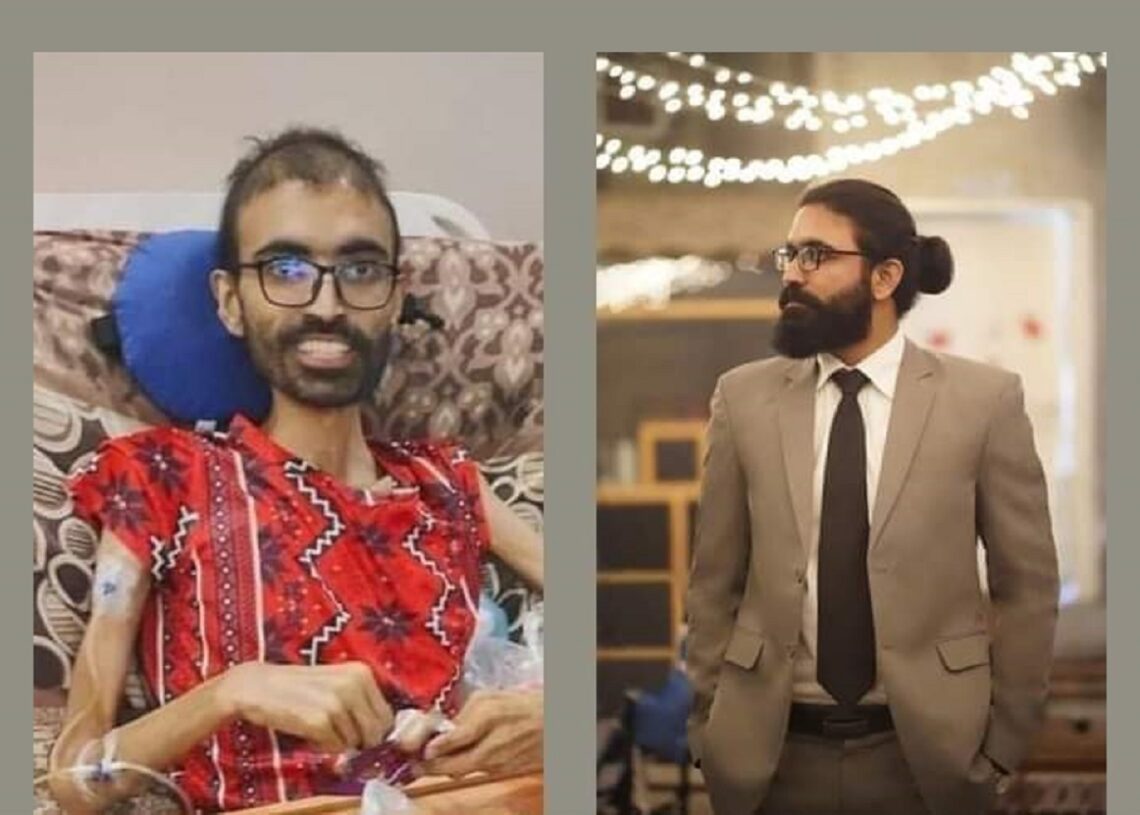 Hashim Raza, a 25-year-old social activist whose before and after cancer pictures had gone viral on social media and had made people think about the unpredictability of life passed away on August 13.

Hashim, according to reports, was a social activist based in Lahore Pakistan. He was diagnosed with stage 4 intestinal cancer in March this year. Hashim had been complaining of some minor stomach problem. The proper diagnosis started in March with a regular medical checkup when it was suspected by the doctor that it could be something more serious than just a minor illness.

He advised Hashim to go for an endoscopic examination for further clarification. What began was an arduous journey in which Hashim saw his health deteriorating fast and him losing over 15 kilograms making people gasp seeing his before and after pictures.

Hashim wrote about his situation weeks before his death and the post had also gone viral on social media.

Here is what he wrote:

“Illness is a strange thing. It takes the most out of you, rendering you incapable of much except for introspection. I’ve always believed that everything happens for a reason but this time it had no reason.

From being a physically fit person with a healthy routine to becoming frail & slender, in just a matter of a few months, I saw my health crumble and I have lost 16-18 kgs. That’s how fragile human life is.

I have been ill since February with the presumption of a minor stomach problem. The proper diagnosis started in March with a regular medical checkup when it was suspected by the doctor that it could be something more serious than just a minor illness. He advised having an endoscopic examination for further clarification.

With two doctors in my own family (sister and sister-in-law), I was pretty sure that I am in good hands and that there is nothing much to worry about. A week later, I had my first endoscopy which reported that I was suffering from Pyloric Stenosis; an uncommon condition in infants that blocks food from entering the small intestine.

Afterwards, the doctor had a one-on-one conversation with me inquiring about my social status, family background and whether I can afford the treatment. He said that such a disease is usually not found in adults, speculating that it could be cancer and we need to have a CT Scan to eliminate any obscurity before going for treatment.

The next couple of days were spent in thinking; What if I really have cancer? What about all the goals of my life? How can life collapse in a moment? How did it happen and why me? And many more existential questions crop up in my mind to which I had no answers. Usually, I am a person who inspires people but at that moment I was looking for inspiration to get through my days and sleepless nights.

By this time, I started having difficulty digesting the food with occasional vomiting and as a result, my health was in a gradual decline. I had to leave the gym, cut off some tasks from my daily routine and put Kitaab Dost – An Online Bookstore on hold to preserve my energy. I was simply housebound to look after my health which was deteriorating.

Later on, it was confirmed through a CT Scan that I did not have any form of cancer and the doctor suggested having an endoscopic (non-surgical) treatment for the said disease although he warned about its inefficiency to cure the disease with the possibility of recurrence. The other option was to go for surgical treatment. For that matter, we consulted another specialist doctor to have a second opinion.

The specialist doctor considered the earlier report doubtful and prescribed endoscopic ultrasound along with the treatment. Then I had my second endoscopy (treatment) on the 28th of April and the third one (ultrasound) at the start of May. The ultrasound gave the impression that I had MALToma; a form of cancer, but we had to wait for the biopsy report before jumping to any conclusions. Then came the Eid holidays, so the wait was prolonged till 19th May for the biopsy report to come.

You can imagine how my eid days would have gone and this time again the report ruled out any cancer and backed up the previous findings that I had the adult variant of Pyloric Stenosis (a disease usually found in infants). Subsequently, I was referred to a general surgeon to go ahead with the surgical treatment. The surgeon discussed all the aspects of my treatment for me to have a clear understanding. In simple words, he told me that it will be a stomach bypass surgery (Gastrojejunostomy and Roux-en-Y Gastric Bypass along with vagotomy).

Thereupon, I was given the date of 9th June for my operation by the surgeon with some blood tests to follow. And eventually, I was getting closer to the cure of my illness. In the meanwhile, my health deteriorated to such an extent that my days and nights were disturbed with excessive vomiting. So I had to shift to a complete liquid diet which was somehow digestible but that too often came out through my nose at night. It was like if I eat, I am putting myself deliberately into pain so I was better off not eating anything eat all.

At the start of June, my condition was getting unbearable due to blood in my vomits so we had to request the doctor for a sooner date which was then pushed back to 5th June. Thereafter, I was admitted to the hospital on 3rd June for some pre-op procedures. The doctor asked us to arrange at least 4 pints of blood just in case it is needed during the operation as it was a major surgery according to the doctor. I was not sure of my blood group so I got it checked through a blood test and it came out to be O-ve, which is a rare blood type.

In order to arrange the blood in such a short time, I had to post a message on my WhatsApp story and share it in some WhatsApp groups. With a large social network and friends circle, I was pretty sure that I will arrange it easily as I was relying on Blood Societies, NGOs and some blood activists in my contact list but none of them really helped much apart from a few friends.

Around 600 people saw my WhatsApp status till the time I removed it but only a handful of those cared to inquire about what happened to me and why I am in need of blood. The blood was arranged successfully but what astonished me was the number of people in my network and friends circle who did NOT care. It left me thinking.

4th of June was the day of my birthday which I celebrated with doctors, my family and some close friends who came to the hospital to pay me a visit. The doctor had already put a nasogastric tube in my nose down into the stomach to clean it of any leftover food because of which I was not able to eat my own birthday cake. I was just happy that I got to live this day and soon I will be fine.

On the morning of 5th June, I was taken into the operation theatre with my family outside it praying for me. The expected time of surgery was 2.5 hours but it took almost 5 hours for the doctors due to the complexity of it. Afterwards, I stayed in the hospital for a week until my condition was satisfactory enough for the doctors to discharge me. During this time, my family took great care of me at the hospital, especially my parents, who were my attendants most of the time. And the recovery period started at home with bed rest.

The stitches were out after 10 days and I was allowed to have a semi-solid diet. Over the past six weeks, I have been confined to bed mostly and the recovery period is almost over now. Although, it will take some more time for the wound to entirely heal as I still feel pain and the stomach to function normally. Yesterday I had my first proper meal (which included roti) in well over two months and you can’t imagine how much I thanked Allah (SWT) for that.

The main point of sharing the details of this whole experience is not to exaggerate about my illness, get some likes and comments of sympathy from you people but to share what it taught me along the way as the illness proved to be a real blessing in disguise. Life has its own ways of teaching and I learned these lessons the hard way: