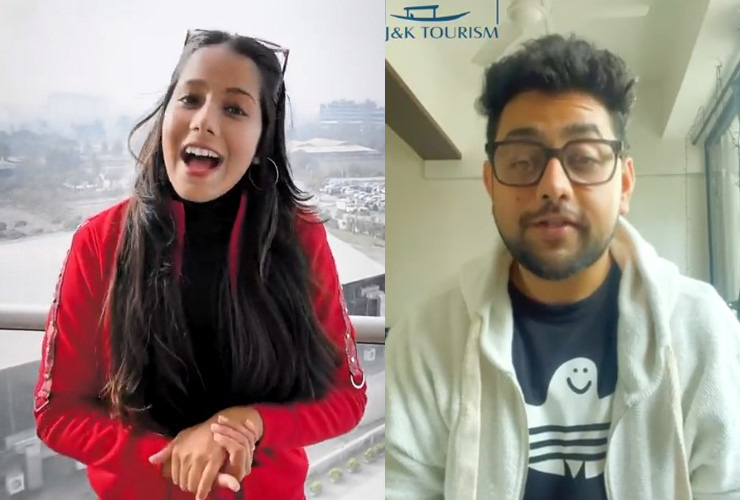 `Kesariya tera ishq’ fame Shashwat confirmed on his social media handle that he will be performing live in Pahalgam on December 31.

“The department of tourism Jammu and Kashmir has invited me to the beautiful valley of Kashmir to celebrate New Year with all of you. So, I will be performing live at Pahalgam Club on December,31 and I hope to see you there,” he said in a video message on social media.

Shashwat has earned fame for giving many chartbusters to Bollywood, which include De Taali from Bhool Bhulaiyaa2 and Haan main Galat from Love Aaj Kal.

“Rooh Mera Tadpagi” fame Divya Bhatt also confirmed that she too will be performing in Pahalgam Club in a New Year function organized by the tourism department.

“I am coming, the beautiful valley of Kashmir to celebrate New Year with you. I am really excited to be there, so see you,” she said in a promo video released by the tourism department.

Apart from the Bollywood celebs, local artists too are collaborating to enthrall audiences in Pahalgam club.

Rasik Imtiyaz Khan, a local singer who earned applause for his songs, Madno and Tche Wuch Shaam Watith, said he too is performing in a New Year function organized by the tourism department.

“Thankfully I have been invited by J&K tourism to perform on December,31. You can watch me with my team in the Pahalgam club,” he said.

A similar function is being held in Gulmarg. All hotels in the resort are sold out.

An official from the tourism department said that a wide range of activities will be held in Gulmarg as well to enthrall visitors.

“We have a big function in Pahalgam where Bollywood celebrities will be performing. Similarly, several activities are being held in Gulmarg which is a prime winter destination. During winter, we are equally focusing on other destinations including Doodhpathri and Yusmarg, which are currently receiving a good number of tourists,” he said.