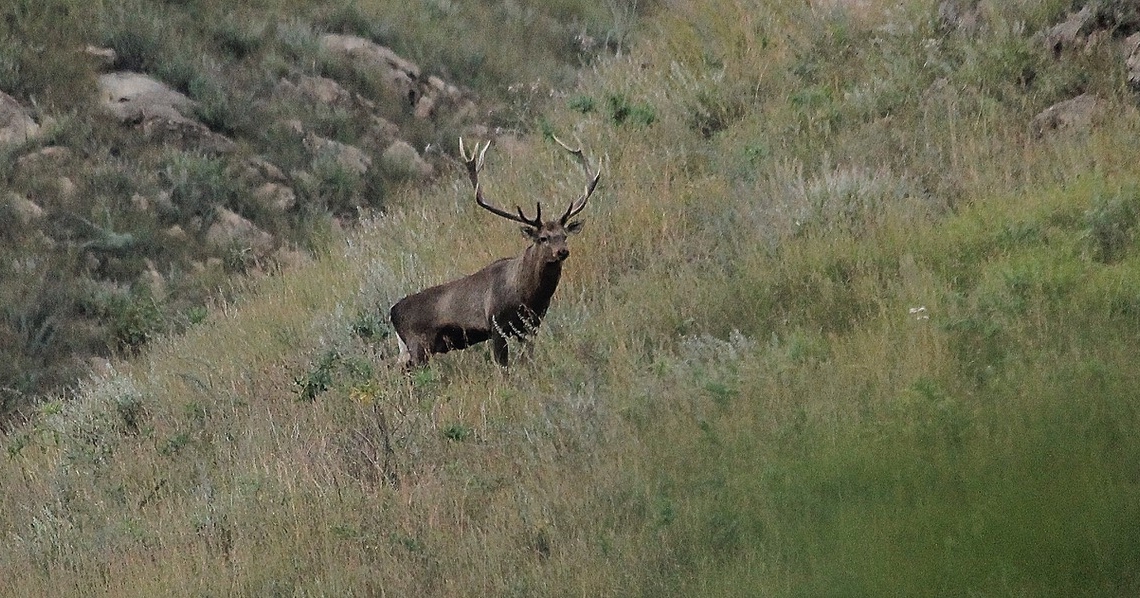 Department of Wildlife’s data shows the population of Kashmiri Hangul in 1900 was 5,000, spread over 65 miles from north to east of the Jhelum and lower Chenab valley.

Hangul is now largely confined to Dachigam landscape, it reads.

The lowest population was recorded in 2008, when only 127 Hangul were reported in the forest.

Two Hangul breeding centers have been built at Tral and Kangan for artificial breeding but are not functioning yet.

“In tenure of one hundred years the Hangul population has been drastically reduced by 96.36% mainly due to poaching, habitat fragmentation, and degradation,” an official of Wild Life Department said.

Regional Wildlife Warden, Rashid Y. Naqash told The Kashmir Monitor that during 1947 the forests in Kashmir were free landscape and less disturbed by the human and so was the wildlife.

“Earlier in 1947 there was less pressure on natural resources but now the habitat of Hangul is fragmented. We have created protected area in which no foreign body is allowed to disturb their habitat,” he said.

He said, in summer they used to go on higher altitudes like Tulail, Kishtwar, Khrew, Khunmoh but now they have very restricted area for grazing, this is one of the main reasons for their danger.

He said that the artificial breeding project is on. “It takes time to find a good and healthy parent for breeding so that the young will be able to survive,” he added.