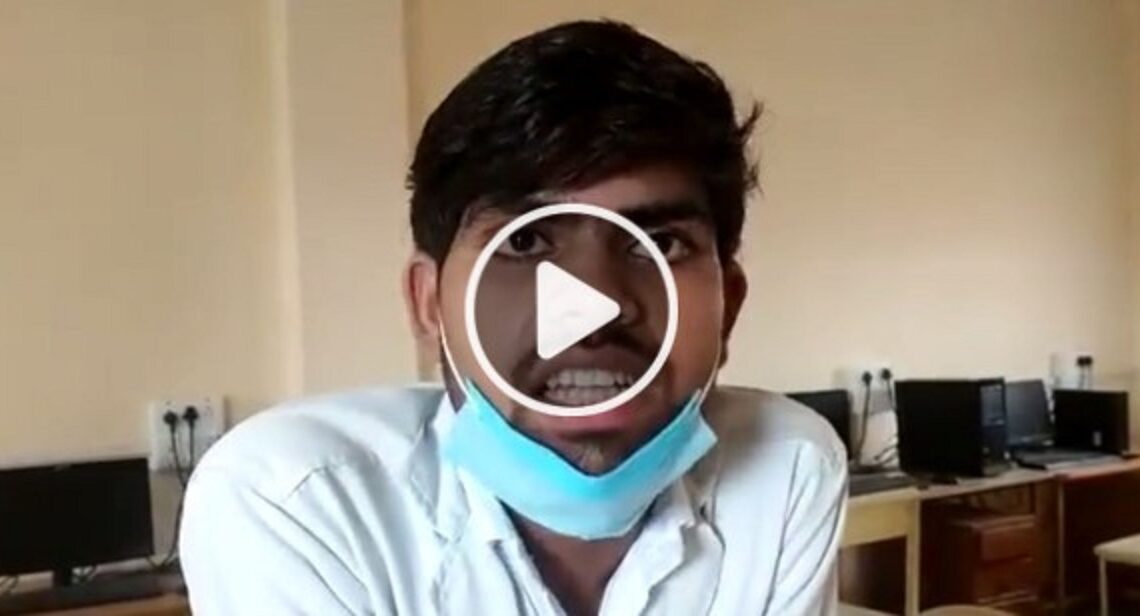 The vaccinator Jitendra claimed that he was given only one syringe by the authorities and his head of department ordered him to use it to vaccinate all the children with it,

In a viral video recorded by a parent of one of the students, Jitendra is seen saying that he was asked to use a single syringe to vaccinate all students.

Disposable syringes, meant for single use, have been around since the 1990s since HIV started spreading.

“The person who delivered the materials only gave a single syringe,” Jitendra is heard saying in a video recorded on the spot by the anxious parents.

Asked if he was aware that one syringe should not be used to inject multiple people, Jitendra said, “I know that. Which is why I asked them if I have to use just one syringe and they said ‘yes’. How is this my fault? I did what I was asked to do.”

The district administration has lodged an FIR against Jitendra for negligence and blatantly violating the Central government’s “one needle, one syringe, one time” pledge.

A departmental inquiry has also been started against Dr Rakesh Roshan, the District Immunization Officer who was in charge of sending the vaccine and the other required materials in the morning.

The incident occurred during a Covid vaccination camp for school children at Jain Public Higher Secondary School in Sagar city. Noticing that the children were being vaccinated with a single syringe, the parents raised alarm.

Tags: one syringesingle syringe for manyviral syringe video
No Result
View All Result