Half of those infected with Covid-19 during initial wave may permanently lose smelling power: New study 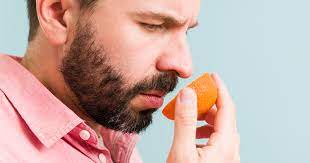 A new study has revealed that half of those infected with Covid-19 during the initial wave of the pandemic may experience long-term and potentially permanent abnormalities in their sense of smell.

Experts at the Karolinska Institute in Stockholm conducted extensive testing on 100 people who contracted Covid in the first wave of the COVID pandemic in 2020.

According to the UK Health Security Agency, Omicron sufferers are less than half as likely as Delta sufferers to lose their sense of smell or taste. However, according to Johan Lundstrom, who headed the research at the Karolinska Institute, “there is no convincing data proving that Omicron is less hazardous to the olfactory system.”

According to Lundstrom, a severe loss of smell can lead to despair and people changing their diets, frequently for the worse, causing them to gain weight. He stated “When you cannot smell, all you can sense is the five basic taste qualities, tactile sensations, and spices. Unconsciously, people start to add more sugar and fat, or have an increased urge for fried food for texture, all to get some enjoyment out of eating.”

He said that the infected patients may not be able to restore 100 percent of their previous performance, but with training, most of them will be able to return to a position where their diminished sense of smell will no longer impair their life.